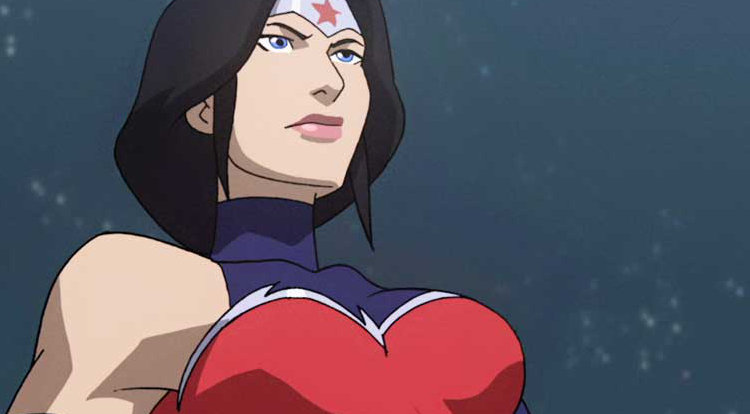 All girls like Wonder Woman. It’s practically an adage in the comic book community. Well, I’m a woman who had zero interest in Wonder Woman, Diana Prince or whatever else you wanted to call her until a few short weeks ago. Let me explain to you why I wouldn’t wonder and where my conversion lies.

When I was a child Batman: the Animated Series was all the rage followed hotly by Justice League/Justice League: Unlimited and Teen Titans. All I wanted out to life was to be Robin – not even Batgirl – and when I was persistently told that I “had to like” Wonder Woman, “had to be” Wonder Woman when playing games and “must look up to” Wonder Woman as a character I decided that this would never be the case.

First off, even at a young age I wasn’t about to wear a bathing suit through day-to-day life (please, spare the argument that Amazons have strong legs), and this seemed to be one of the foremost requirements to being Wonder Woman from everything that I had seen. Batman and Superman are already presented in positions of authority over Wonder Woman and they are covered from head-to-toe in, presumably, protective costuming. Nothing about the design made sense and the poofy Lynda Carter version was even less appealing than Sailor Moon‘s get up. When I started reading comic books seriously team books were an inevitable experience and I often found Wonder Woman incapable of speaking with the use of contractions. It seemed that foreign was synonymous with Conan the Barbarian‘s vocabularly, making Wonder Woman annoying when she shared panels and conversation with the DC characters I was really there to read.

Given the evidence that the woman at the forefront of superheroics could barely dress herself and was inarticulate on top of it can you really blame me? For the entire history of my interaction with DC Comics Wonder Woman was toted as someone that I had to be infatuated with as a side effect of my gender rather than as a character worthy of being celebrated for her physical prowess, strength of character or the unique insights she could bring to any given situation. As with many things – trivial or otherwise – I rebelled against this and stuck with Barbara Gordon (Oracle, at the time), as my representation in the DCU.

As a result, I didn’t read a Wonder Woman solo series until my mid-twenties when I picked up Brian Azzarello and Cliff Chiang’s New 52 run at the behest of fellow Major Spoilers contributor Jason Inman. As I’m certain many Major Spoilerites know, this run retells the origin of Diana Prince and challenges everything that I had come to know [read as: dislike]about Wonder Woman. An added bonus: Azzarello’s story is deeply steeped in Greek mythology – going as far as to make Wonder Woman the illegitimate daughter of Zeus. Not only are these stories ripe for comic book inspiration, but the Greek mythos single-handedly encapsulates the seven archetypes of storytelling on one of the grandest scales to date. It’s proto-superheroes! Diana’s physical and emotional strength is splashed across the pages of this Wonder Woman story and the creative team manages to work in honest moments of vulnerability (i.e. Diana apologizing to the stone version of Hippolyta). Certainly, she remains idealized (and Caucasian), but beneath the “wonder” aspects of Wonder Woman she feels like a real human being. For me, this was a really nice change.

… they damn near manage to make her relatable.

Suddenly, I’m looking forward to seeing Diana Prince take to the screen in Batman v. Superman: Dawn of Justice even though Gal Gadot is an absolutely untested quantity to me. If Zack Snyder can avoid the hand-holding and mistreatment of Wonder Woman that I experienced growing up there might be hope for the future of this character on the silver screen. That being said, she is shown in the SDCC promo photo wearing high heels and that is a big, big condescending no-no in my book. I love Wonder Woman. I do – and I know that might be a surprising conclusion to this editorial. I think Diana Prince is strong and beautiful and taps into one of the greatest pantheons in human history in meaningful way to me as a woman and as a person of European decent. I think she is vastly mismanaged and that makes it difficult for Wonder Woman to represent hope for me the way Superman (arguably her male counterpart), does for so many male comic fans. That in mind, for Hera’s sake, PUT SOME PANTS ON THIS GIRL!