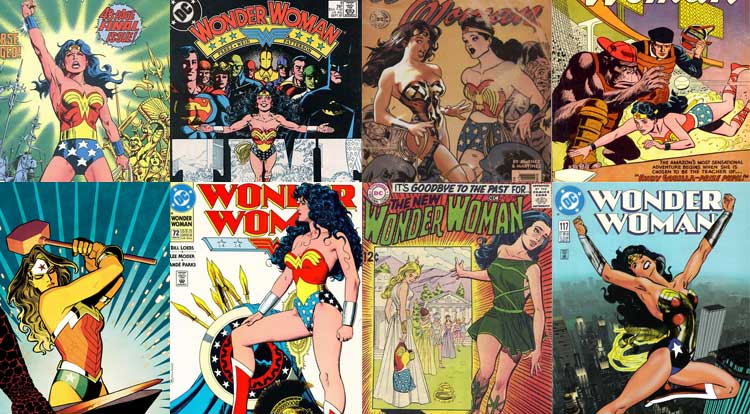 To celebrate a character like Wonder Woman, you must first appreciate the medium to which she was originally born, the comic book. Most comic books would not even be read if it weren’t for their most eye catching feature, the cover. With over 70 years of publishing history, Wonder Woman has been featured on a lot of comics. So I was faced with the difficult task of choosing what could be considered the greatest Wonder Woman covers of all time. Of course, these are my personal choices and your mileage my vary.

I followed only one simple rule in my choosing. The covers must come from a title that heavily featured Wonder Woman as in she must be the main star. No team-up books and no Justice League comics will count. Now, here are my choices for the top five Wonder Woman covers of all time! When picking the greatest covers featuring Wonder Woman, it’s always good to take a look at where the character started. That’s how this cover from Wonder Woman’s first solo title made it onto the list. Striking and dynamic, this image tells you everything you need to know about the character. She’s pure and upright as shown by her white steed that she bravely rides into battle, and she’s afraid of no man. Which is clearly seen as she is jumping over men in a battlefield. An iconic image that is still seen on posters today. That is why it is one of Wonder Woman’s greatest covers of all time. This cover is a very different image than your usual Wonder Woman covers. To see the Amazonian princess on a wanted poster is something you don’t see in most Wonder Woman books. Of course, this was part of a storyline called “Wanted” One Amazon — Dead or Alive. Garcia-Lopez captured a perfect moment for this story on the cover, and also did a fantastic job of making Wonder Woman look like her television counterpart, Linda Carter. If you put any superhero on the cover of their book, being chased by the Sphinx, I’m in! This wonderfully bizarre and eye catching cover by Ross Andru, captures the bizarre tone of Wonder Woman’s adventures at the time. One issue, she would fight giant grasshoppers and the next issue would feature her in battle against a human iceberg! Issue #113 perfectly distills that era into one image that still harkens back to her Amazonian roots. Adam Hughes is known for drawing beautiful women. It’s his strength, and that’s why his Wonder Woman covers are some of the most striking images of Diana. But his cover for #184 is clearly the best. Mixing the current Wonder Woman onto a classic Wonder Woman cover creates an image that is visually amazing. It also helps that this issue has current Diana meeting her classic counterpart. So the cover also serves its purpose of letting us know what is inside its pages. I can think of no other cover that is deserving of the number one spot on the greatest covers of Wonder Woman list. This is what I see when I think of Wonder Woman. A woman of power, strength and beauty that also is a warrior. Perfectly, meshing up the two distinct sides of her life, her superheroics and her heritage. This cover is a perfect representation of everything that makes the character of Wonder Woman so great! 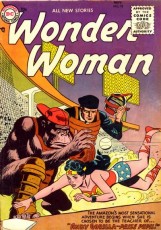 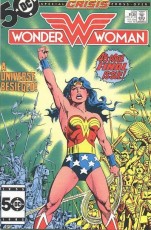 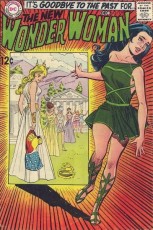 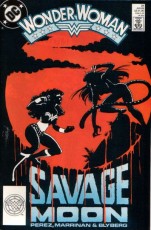 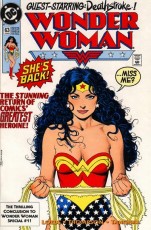