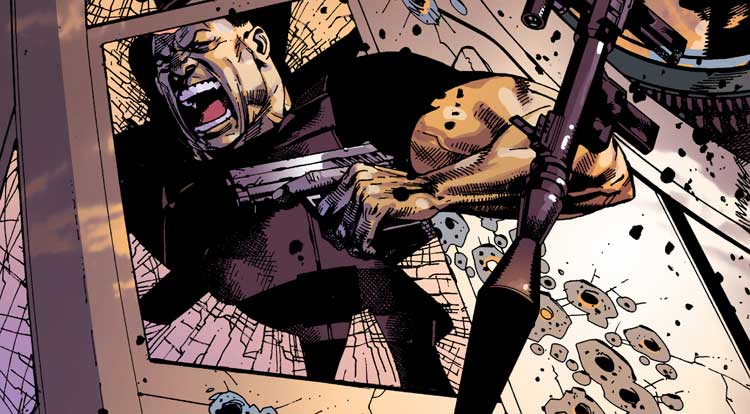 12-Gauge Comics sent us the cover image and solicitation information for Ice: Critical Mass #2 that arrives in December 2014.

It’s the second day on the job for Cole Matai, but things aren’t getting any easier for the new ICE agent. His partner, agent Ezra Delgado, takes him into the mountains of northwest Montana to investigate a drug trafficking case near the Canadian border. While entering the small town of Cedar Creek to meet with the local Sheriff, they are greeted by armed mercenaries. A firefight breaks out and Cole is seriously injured. What have the agents stumbled into and will they survive long enough to stop this new threat?