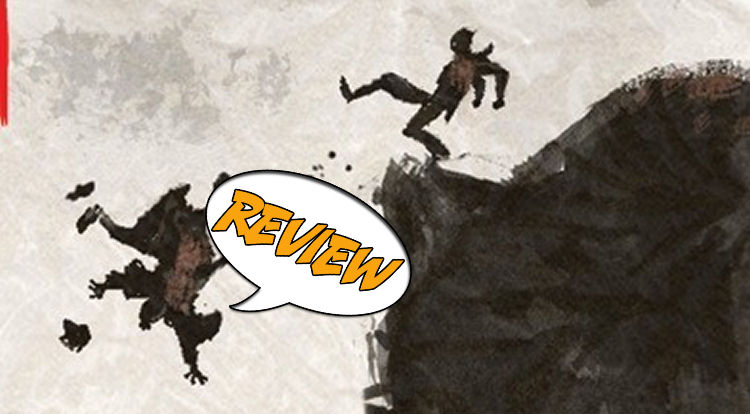 Over the years Deadpool has become an extremely popular character, reaching Wolverine levels. It seems like every week another book comes out with his name on it or, at the very least, his appearance in the pages. The newest is Deadpool’s Art of War and Major Spoilers sat down to see what Peter David has brought to the character. Your review awaits! Previously in Deadpool’s Art of War: Nothing.

By now regular comic readers are familiar with Deapool’s schtick. He’s insane, invincible, breaks the fourth wall and loves chimichangas. I’m not a huge fan of the character but I did have fun with the “Deadpool kills the…” minis that were released. When I saw Art of War coming out, and written by Peter David, I thought it could be something cool. As it turns out, it’s just another Deadpool comic, albeit with a new twist.

It starts off strong, as Deadpool kills Sun Tzu Wu and finds the Art of War. Thinking he can make a quick buck, he takes it off to a publisher only to find out there have been multiple versions published. Deciding to make it a survival manual he sets off writing the book, making up a story involving Loki and the Gods at war. Peter David nails the Deadpool voice and humor but adds little to the character. As always, Deadpool acknowledges the reader and even interacts with his own fiction. There are some funny moments, my favorite being Deadpool’s reaction to the different iterations of Loki. Matt Fraction is blamed for kid Loki and Straczynski for female one. Deadpool being the old school fan that he is chooses the original Loki with giant horns. There is a great Abbott and Costello-like exchange between the two involving “I” and “Aye”. Other than those two moments, nothing stands out and the rest of the issue focuses more on Loki. In the end, it’s another Deadpool comic on the stands that brings little to the table. I didn’t hate the issue but I’m sure not going to remember it.

While Scott Koblish is the headliner and provides art that is well done, I found Val Staples’s coloring the standout. The issue is colored a way that resembles Chinese scrolls. Whether or not it was intentional, it certainly invoked that imagery. Koblish’s style reminds me of comics of yesteryear, even with its modern look. There are some great visual gags thrown in and Deadpool’s Asgardian armor was quite a hilarious sight. The giant war at the end looks good as well, though some panels are too packed. The art team did a great job coming up with visuals that felt appropriate for the story.

THE BOTTOM LINE: YET ANOTHER DEADPOOL BOOK

While Peter David has an interesting idea, he never adds anything new and the issue reads just like a Deadpool comic we’ve seen before. There are a few standout bits and the art looks great for the story, but there is nothing of substance here that will make me remember this book in two weeks. Deadpool fans will want to read it but it isn’t worth $3.99.