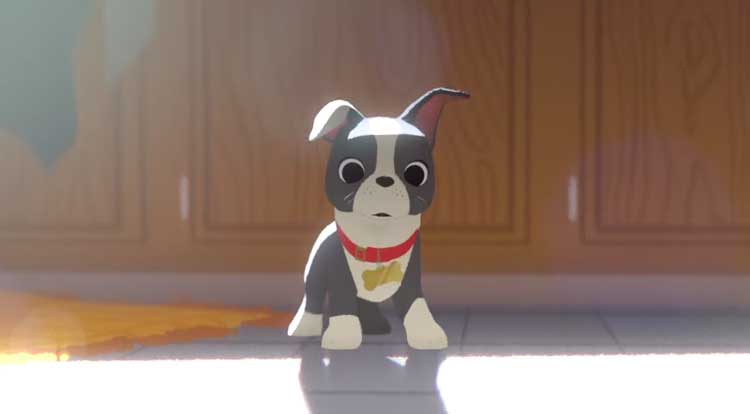 With Big Hero 6 coming to theaters on November 7th, Walt Disney Animation Studios has been putting together a new short titled Feast to run before the main flick and you can get a special first look now!

Patrick Osborne is the director of Feast and he was also director on possibly my favorite animated short of all time Paperman, which ran before Wreck It Ralph. Feast follows the story of a Boston terrier puppy Winston as he and his owner share meals under the table for 12 years.

After seeing this I might actually be looking forward to Feast more than Big Hero 6, but that is simply because I know Osborne and his team are capable of telling a complete and engaging story in just a few minutes, which is a remarkable feat.