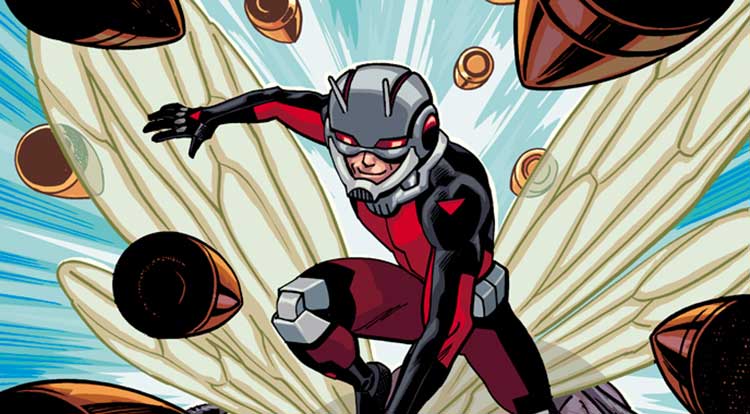 All new Ant-Man series on the way

Scott Lang has never been the world’s best super hero. Heck, most people don’t even think he’s been the best Ant-Man – and the last guy created Ultron and joined the Masters of Evil, so that’s really saying something. But all that’s about to change when the Superior Iron Man calls up Scott with a once-in-a-lifetime opportunity!

“For Scott, being Ant-Man is kind of his one big thing,” says writer Nick Spencer, in an interview with Marvel.com. “No matter how much trouble it’s caused him, or how much it’s cost him, it’s still the thing that plucked him out of criminal obscurity and gave him a chance to be something. And when we open, he’s trying to spin it into something new. He sees an opportunity.”

This is Scott Lang’s chance to turn it all around and be the hero he’s always wanted to be. Sure he’s been to prison! Sure he’s been through a messy divorce! Sure he’s been, um…dead. But this time it’s going to be different. New city. New outlook. New Scott. This time, nothing is going to stop the astonishing Ant-Man! And he’s coming to comic shops and digital devices this January for the all-new ANT-MAN #1!