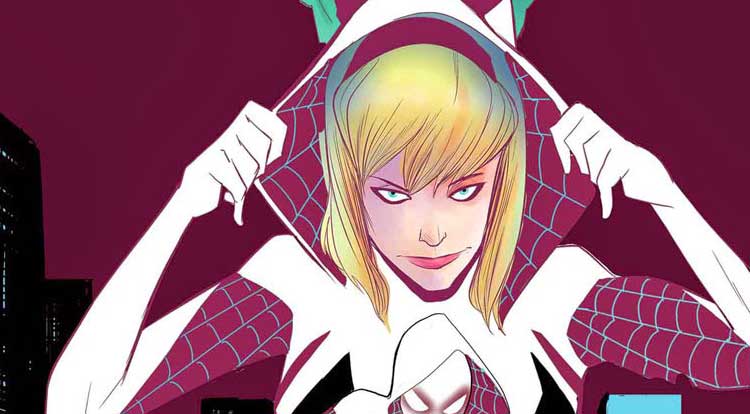 NYCC’14: Spider-Gwen will be featured in new on-going series

Marvel had their Retailer Exclusive: Meet MARVEL! panel this morning in New York, which produced a few exciting announcements, one of the largest being that Spider-Gwen will receive her own on-going series!

With the release of Edge of Spider-Verse #2 a wave of excitement was released through the comic reading crowd as fans took to the Internet pleading for the character to be used more. And Marvel heard them. Writer and artist for the issue that introduced the new Spider-Woman, referred  to as Spider-Gwen by most, Jason Latour and Robbi Rodriguez will be the two that lead the new Gwen-centric series.

Besides that the series is coming, nothing else has been revealed about the series, which isn’t too surprising seeing as the character was just introduced to the Marvel Universe less than one month ago. If I were to guess, the creative pair have been coming up with possible ideas for the Spider-Gwen since beginning on Edge of Spider-Verse #2.

Expect Marvel to release more information about the upcoming on-going series in the next few days and then turn to Major Spoilers to fill you in on all of the details.