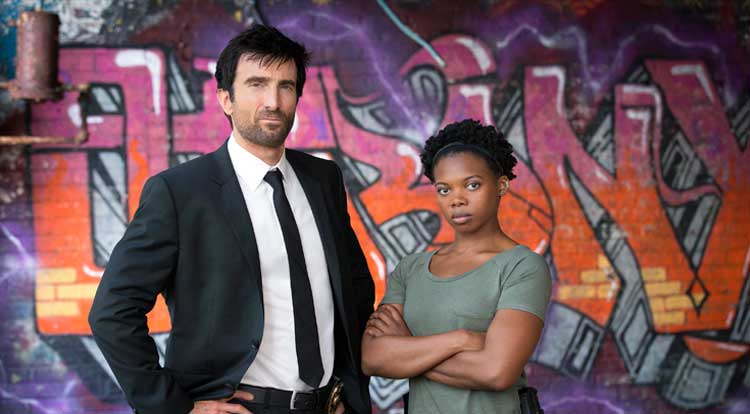 NYCC’14: First trailer for Powers has been released

The first trailer for the upcoming Playstation Series Powers was debuted during a panel at NYCC this afternoon, but thankfully the fine people at Playstation have put it online for the rest of us to enjoy!

I have never read the Brian Michael Bendis series Powers, in fact everything I know about the concept of the book I just learned from this trailer, but this seems interesting. Seems to fall under a similar umbrella that Gotham currently resides under, with the main difference being that Christian of Powers used to have superhuman abilities himself.

Powers will be exclusively shown on the Playstation Network, so hopefully you have already purchased your gaming console because the series is debuting this winter. The good news for those who are already Playstation Plus members will be able to watch the show for free.

I am extremely intrigued to see the numbers that flock to the show seeing as how a person has to purchase a $300+ system before they will be able to watch Powers. Which is much different than the roughly $8 a month a person has to spend to watch a Netflix or Hulu original series.

Read the synopsis of the show below and read more about the characters of Powers over at the Playstation website.

Powers, an edgy dramatic series, follows the lives of two homicide detectives, Christian Walker and Deena Pilgrim, who are assigned to investigate cases involving people with superhuman abilities, referred to as “Powers.” Set amidst today’s paparazzi culture, Powers asks the questions, what if the world was full of superheroes who aren’t actually heroic at all? What if all that power was just one more excuse for mischief, mayhem, murder, and endorsement deals?

Enter the men and women of the Powers Division, the brave people in charge of protecting humans like us and keeping the peace over commercialized, god-like men and women who glide through the sky imposing their power over the mortals who both worship and fear them.