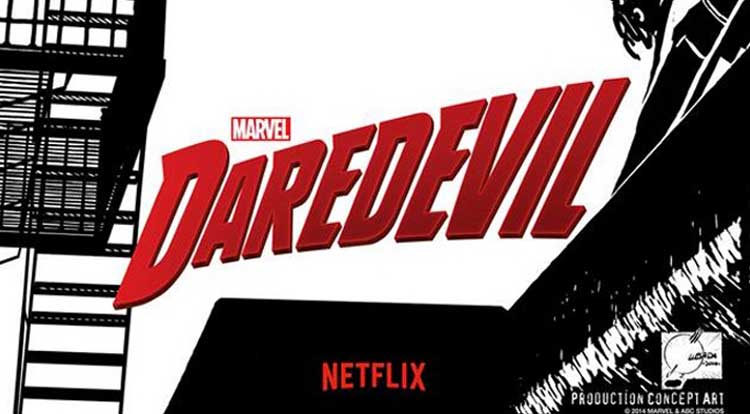 NYCC’14: Daredevil Netflix series has a new poster and synopsis

The Netlfix Daredevil panel is currently taking place at New York Comic Con and while we wait to see if anything big happens from that, take the time to look at a new poster from Joe Quesada.

Joe Quesada did this mostly black and white poster of Daredevil, but no word has came out about if this poster will be available for purchase at the convention or anytime after. The new synopsis for Daredevil came curtsey of Netflix after they went live with a new landing page for the show, much like they have done with previous original content from the company.

“Marvel’s Daredevil” is a live action series that follows the journey of attorney Matt Murdock, who in a tragic accident was blinded as a boy but imbued with extraordinary senses. Murdock sets up practice in his old neighborhood of Hell’s Kitchen, New York where he now fights against injustice as a respected lawyer by day and masked vigilante at night.

Make sure to make your way over to the landing page to see the recently revealed Daredevil logo standing out above the silhouette of the city. Also take note that the service says Daredevil is “exciting, imaginative” and puts it under the “crime TV shows” genre.

News of a poster and synopsis over on Netflix is good news for the Daredevil PR department as they were forced to cancel a signing featuring the cast of the upcoming show after fans standing in line became to unruly forcing the convention and Marvel to shut down the signing event.

If any news, specifically clips of Daredevil are shown at the panel and then make their way online you can rest assured that Major Spoilers will have them here for you.