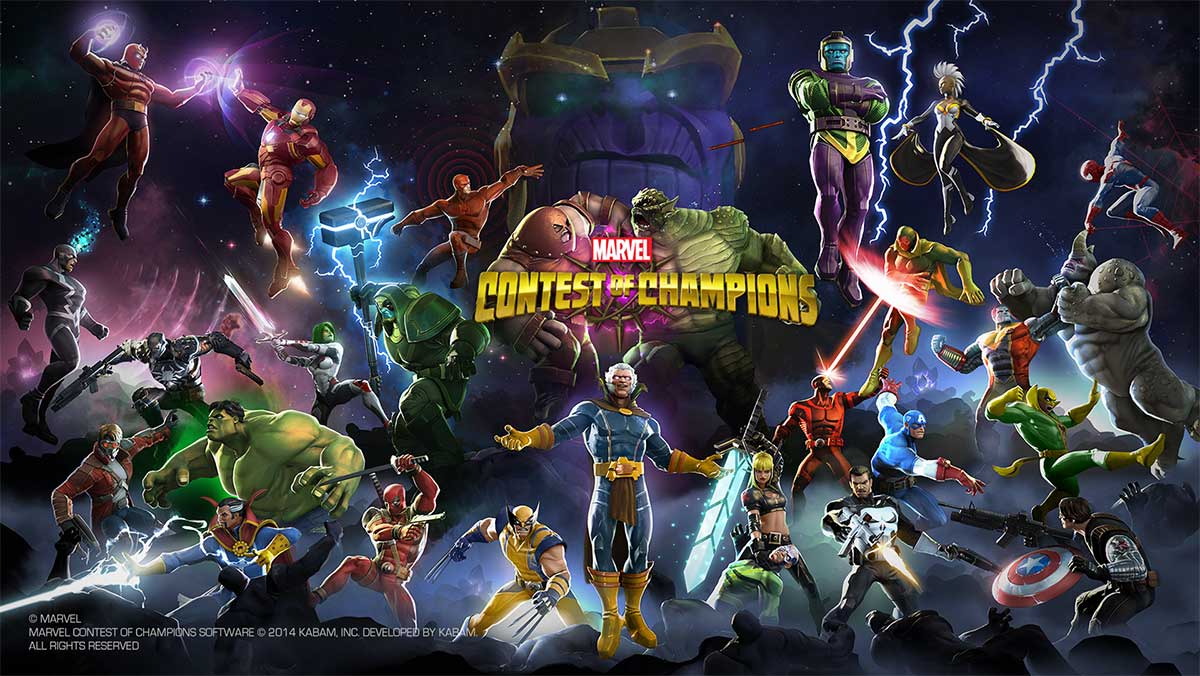 Today at New York Comic Con, Kabam unveiled the first hands-on demo for its highly anticipated Marvel Contest of Champions game at Marvel’s booth. In celebration, the company has released a brand new, high-production trailer that showcases the action-packed gameplay including battles between iconic Marvel characters.

The Collector has captured the mightiest superheroes and villains to compete in the Contest of Champions. Watch as Hulk and Wolverine battle it out in the Savage Lands, Gamora take on Ronan in the Kyln, and Deadpool brawl Punisher in the Avengers Tower. Super villains Kang the Conqueror and Thanos ominously wait in their corners to wage their own epic battles to destroy the Marvel universe.

Marvel Contest of Champions will be released December 2014! Check out our latest trailer to learn more about the game!

Marvel Contest of Champions is an immersive, high-action, high-fidelity super hero combat game for mobile devices. Players fight their way through iconic locations from the Marvel Universe and collect their favorite Marvel super heroes and villains such as Iron Man, Captain America, Spider-Man and Thor to build their ultimate team of champions. The storyline and character bios were penned by fan-favorite Marvel comic book writer Sam Humphries. Marvel Contest of Champions is slated to release on App Stores worldwide December 2014. For the latest game info, visit www.facebook.com/MarvelContestofChampions.