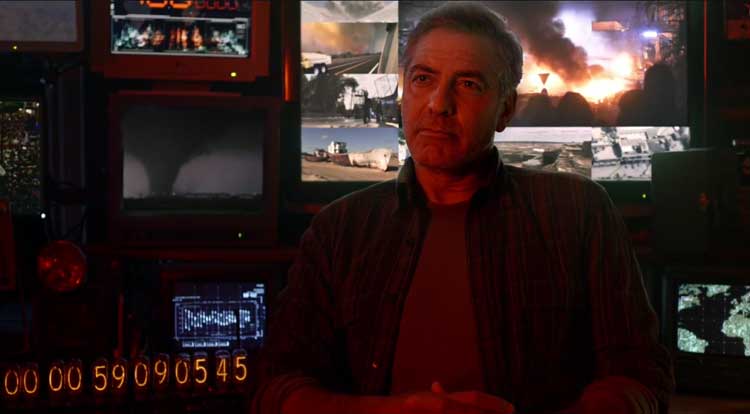 Thursday might not be the biggest day for NYCC, but that didn’t stop Disney from bringing George Clooney and more on stage for the Tomorrow Land panel to help show the first trailer and poster for the 2015 film.

Now that is a teaser trailer! I had no idea of what Tomorrow Land was suppose to be about before watching that quick trailer, but I am totally captivated now. Disney could not release another trailer, TV spot, or poster and I would still be hyped to go watch this film in theaters. Will that happen? Of course not. Look how many TV spots and trailers we get for each new Marvel film. One can still dream though.

Bard Bird is the director for Tomorrow Land, which marks the first time that the director of The Incredibles and Ratatoullie has done a live-action film for Disney. After years of fingers-crossed, Bird will be doing a follow up to The Incredibles, but after seeing this trailer, I am glad that he made time for Tomorrow Land before diving back in with that super-powered family.

You can read the synopsis for Tomorrow Land down below the poster that was also revealed during the NYCC panel.