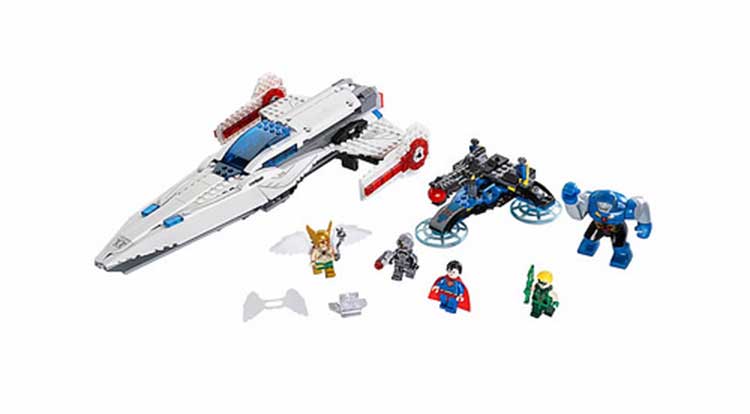 We already knew that a Green Lantern vs. Sinestro set (featuring Batman) was coming our way in 2015, but now we know all of the DC Comics Super Heroes sets coming our way from LEGO, and we have images, too! If monkeys and gorillas make comics sell, then this set should be the biggest seller in all of LEGO history… or not. The set includes The Flash, Gorilla Grodd, Captain Cold, Wonder Woman, a truck drive, and… wait for it… BATMAN! Under the sea we will see Black Manta, Aquaman, Scuba Robin, and BATMAN!  Also, a Batsub and a Manta mobile. YES! The Javalin gets the LEGO treatment in this set, as the Justice League, led by Superman, Green Arrow, Hawkman, and Cyborg, take on Darkseid.  I don’t know if I should feel offended that this is the only set that doesn’t include Batman. No word on when we’ll see these figures hit stores, but you can bet there will be a slew of Major Spoilers LEGO Builds as soon as these sets land at the Major Spoilers HQ.