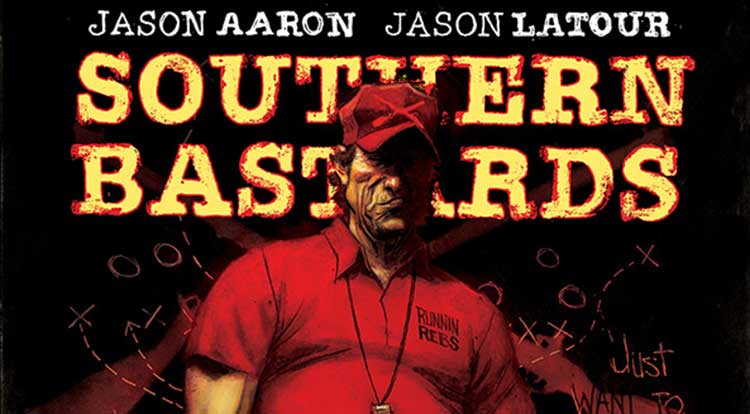 In SOUTHERN BASTARDS #5, Aaron and Latour pull back the curtain on the history of Craw County and its most famous and feared resident. In a place where only bastards flourish, what does it take to be the biggest, meanest, most powerful bastard of them all? Only Coach Boss knows. And if I was you, I wouldn’t ask him. SOUTHERN BASTARDS #5 hits stands on 10/29. Cover A by Latour is available to pre-order with Diamond Code AUG140680 and Cover B by Robinson can be pre-ordered with Diamond Code JUN148181. The final order cutoff deadline for retailers is 10/6, TODAY.