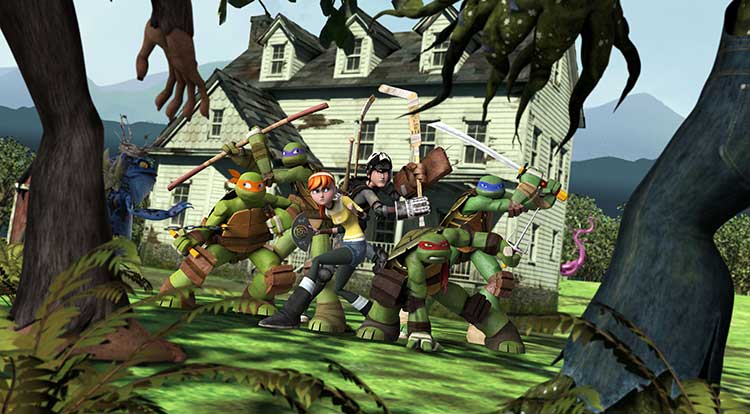 Seth Green joins the voice cast as Leonardo in Nickelodeon’s season three premiere of Teenage Mutant Ninja Turtles premiering this Friday, Oct. 3, 8:00pm (ET/PT). In the season opener, “Within the Woods,” the team comes to grips with the possibility that Leonardo won’t get better, while things only get worse: a new mutant captures Raphael. For more TMNT action, viewers can logon to Nick.com to play the new Teenage Mutant Ninja Turtles game, “Shadow Heroes.” Full episodes from season two are also available through Friday on Nick.com and the Nick App.