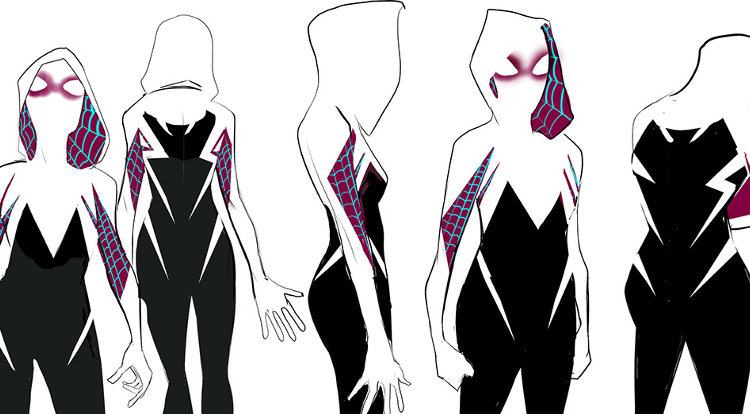 Following the sold-out, hugely popular Edge of Spider-Verse #2 issue featuring an alternate reality where Gwen Stacy was bitten and took up the mantle of Spider-Woman, writer Jason Latour talked about the future of the character, including an appearance in Marvel‘s on-going Spider-Woman series.

“I’m not involved in the grander strokes of Spider-Verse, so I don’t know what the big plans are, but I do know she’ll be making a couple of appearances in Dennis Hopeless’ new Spider-Woman book, and I’m thrilled by that. Dennis is going to do fun things with her. If she’s around after all the dust clears, and everyone seems to want it, I think there’s probably more that could be said. So long as it’s natural and in keeping with the tone we’re trying to establish.” With increasing demand for strong female-led books and the enormous success of titles like Ms. Marvel, Spider-Gwen fans can hopefully look forward to a series in the coming year. The Ultimate Universe would have been a great home for Gwen with Miles crossing over into our 616 world, but now it looks like creators are going to have to be a bit more inventive in finding her a home.