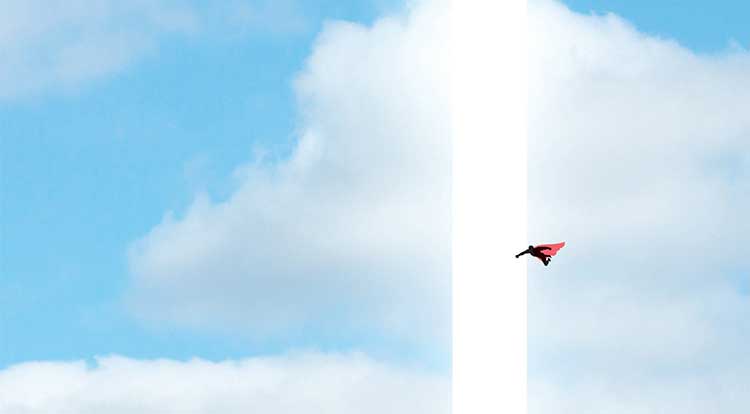 The new book coming this November from comics studies scholar and graphic novelist Dr. A. David Lewis claims that superheroes’ immortality “has less to do with sales, nothing to do with spandex, and everything to do with American selfhood.” His examination of nearly twenty-five years of modern comic books arrives at a surprising answer: Superheroes keep dying and returning in order to safeguard how readers culturally define themselves.  Pre-order a copy of American Comics, Literary Theory, and Religion: The Superhero Afterlife

“Taken together,” says Lewis, “all these tales may be able to unlock a new and overdue model for reading narratives and constructing identity.” Reading these comics, in short, may make audiences come to a broader understanding of their own existences, one that supports religious plurality and healthy, robust personal identities.

Called “beautiful and sophisticated” by Rice University Professor of Religion Jeffrey J. Kripal and “captivating, insightful, and incredibly thought-provoking” by award-winning comics writer Mark Waid (Flash, Kingdom Come, Superman: Birthright), The Superhero Afterlife promises an evolution in U.S. comics studies and the analysis of superheroes. Published by Palgrave Macmillan, the book will soon be available worldwide in print hardcover (ISBN: 9781137465603) and as an e-book.

A. David Lewis holds a Ph.D. in Religious Studies focusing on religion and literature from Boston University and is a Faculty Associate with MCPHS University. He is the co-editor of both Graven Images: Religion in Comic Books and Graphic Novels and Digital Death: Mortality and Beyond in the Online Age. He is also a graphic novelist and founding member of Sacred & Sequential.

Dr. Lewis can be reached for speaking engagements via The Tuesday Agency at (319) 338-7080 or via e-mail at trinity@tuesdayagency.com. General media inquiries may be sent to Dr. Lewis via Caption Box at press@superheroafterlife.com.

Visit www.captionbox.net for the latest information on Dr. Lewis