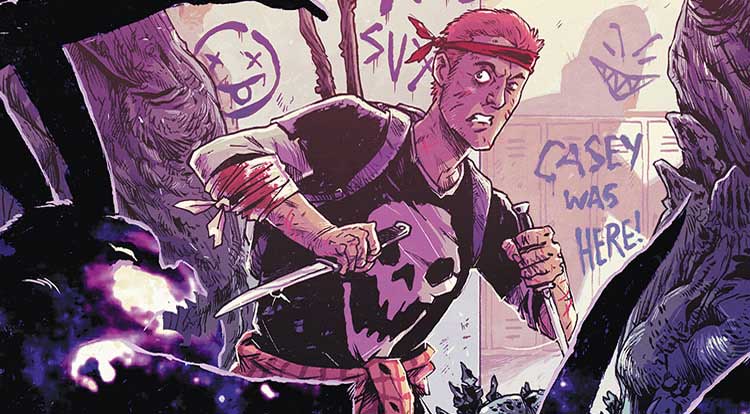 When you get to your local comics shop this Wednesday, be sure to pick up The Woods #6 from James Tynion IV. You should also be able to purchase that series’ first trade paperback and the fifth issue, which came out from BOOM! Studios not long ago! That way, you’ll be able to be caught up on this great horror story!

During this week’s 147th podcast episode, James returns to my podcast to talk about The Woods as well as Memetic, his next BOOM! project coming out on October 22! You’ll hear him discuss both excellent books during this fun chat!

Also, we delve into Batman Eternal, a wonderful weekly title from DC Comics he has a lot to do with! We talk about the series some, including some fascinating Internet comments I’ve read about the book. James even tells me what else he has going on as well as what he thought of this past week’s pilot episode of Gotham from Fox! You won’t want to miss what he was to say about it all!

Next week, there’ll be yet another fun chat with a great comics creator as we get closer and closer to episode #150!