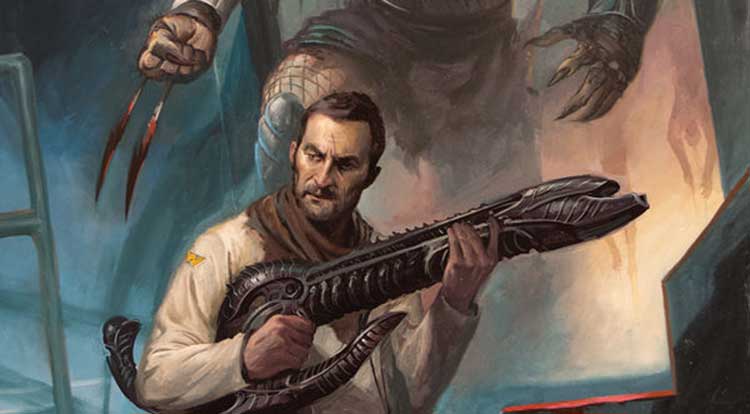 Dark Horse Comics sent Major Spoilers a sneak peek of Predator: Fire and Stone #1 that arrives in stores on October 22, 2014.

A universe of terror drawn to one world.

As the Perses begins her long journey home, a deadly stowaway forces the crew into a savage conflict! While the crew defend themselves against this unseen predator, the hunter itself stalks a much more substantial game!

“Mooneyham has a striking approach, combining a Neal Adams-style dynamic with a Klaus Janson kind of roughness.”—Comic Book Resources