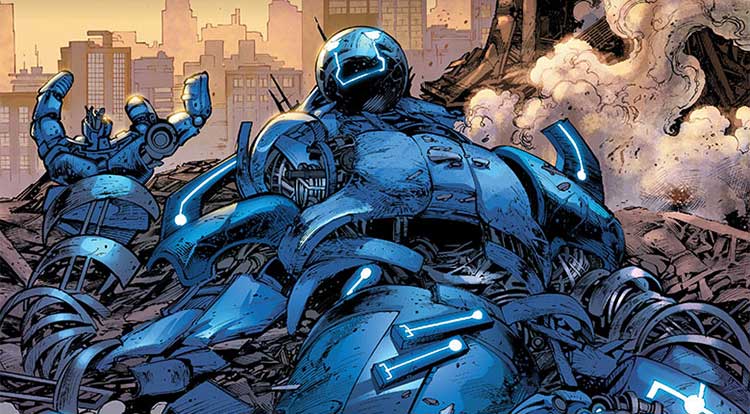 The aftermath of the Amor Hunters event arrives next week, and Major Spoilers has a sneak peek of Armor Hunters: Aftermath #1 by Robert Venditti and Cafu direct from Valiant Entertainment.

The fallout of the summer’s blistering crossover event starts now – and no hero can escape what happens next!

The ARMOR HUNTERS invasion has passed, leaving massive casualties and a fractured populace in its wake. Don’t miss the epilogue to Robert Venditti’s galaxy spanning epic, ARMOR HUNTERS, in the book that will set a new status quo for all of your favorite heroes! Find out here as X-O MANOWAR, UNITY, BLOODSHOT, THE HARBINGER RENEGADES and many more forge a new frontline of defense for the people of Earth!