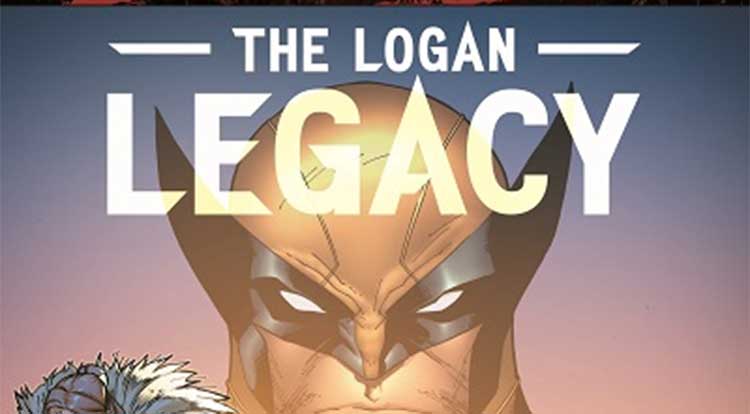 Marvel Comics and Wizard World, Inc. (OTCBB: WIZD) today revealed the latest edition of the 2014 series of exclusive variant covers of the best Marvel titles with the unveiling of Death Of Wolverine: The Logan Legacy #1, drawn by veteran Marvel artist Carlo Barberi. VIP attendees at the Wizard World Ohio Comic Con, October 31-November 2 at the Greater Columbus Convention Center, will receive a free copy of the limited-edition book at registration. Barberi is scheduled to be on site at the event to sign copies of Death Of Wolverine: The Logan Legacy #1 (autograph fees may apply). Leading professional comic grader CGC will also be on hand to accept books for grading and Signature Series.

The exclusive version of Death Of Wolverine: The Logan Legacy #1 will be limited to 3,000 copies and provided free at registration to all Wizard World Ohio Comic Con VIP attendees, including any celebrity VIP packages.

“Carlo Barberi is one of the premiere talents in the industry,” says Marvel SVP Sales & Marketing David Gabriel. “Whether he’s drawing interiors or covers, you know you can expect something special. We’re thrilled that he could bring his talents to this Wizard World Ohio Exclusive cover to Death of Wolverine: The Logan Legacy #1.”

Barberi has worked in the comics industry since 2000. His first professional work in the U.S. was for Dark Horse on the DHP book doing four small stories. After working on DC titles like JLA Jr., Superman, Flash and Batman Brave and the Bold, he moved to Marvel, where he has drawn for New Mutants, Ororo: Before the Storm, X-Force, Age of X, Deadpool, several Spider-Man books, Scarlet Spider, Thunderbolts and Amazing X-Men.

“Wolverine has been the most popular character in this series, and this latest appearance is a great addition that we are sure fans will enjoy,” says John Macaluso, Wizard World CEO.

Wolverine—the greatest X-Men ever—is dead! With this mutant powerhouse now permanently out of the picture, various factions of both good and evil are scrambling to fill the void left by Logan’s death. Will Wolverine’s Legacy be shaped by heroes who valiantly fought alongside him …or by those villains treacherous enough to have challenged him over the many years of his long life? The answers will be revealed in this special 7-issue limited series that spins directly out of the mega-popular Death of Wolverine. This series will feature unique solo adventures of several instrumental figures in shaping Logan’s Legacy: X-23, Sabretooth, Daken, Lady Deathstrike and Mystique. Writer: Charles Soule; Artist: Oliver Nome.

Steven Yeun, Norman Reedus, Emily Kinney, Alanna Masterson, Andrew J. West and Jon Bernthal of “The Walking Dead,” Karl Urban (Star Trek, The Bourne Supremacy), Robert Englund (A Nightmare on Elm Street) and WWE® Superstars The Wyatt Family™ are among the celebrities scheduled to attend Wizard World Ohio Comic Con. It is the 14th of 16 events scheduled in the 2014 series produced by Wizard World, Inc. and will also feature a variety of activities, exhibitors and special attractions.

For more on the 2014 Wizard Ohio Comic Con, go to www.wizd.me/OhioPR.

Full event information can be found at www.wizd.me/PR.