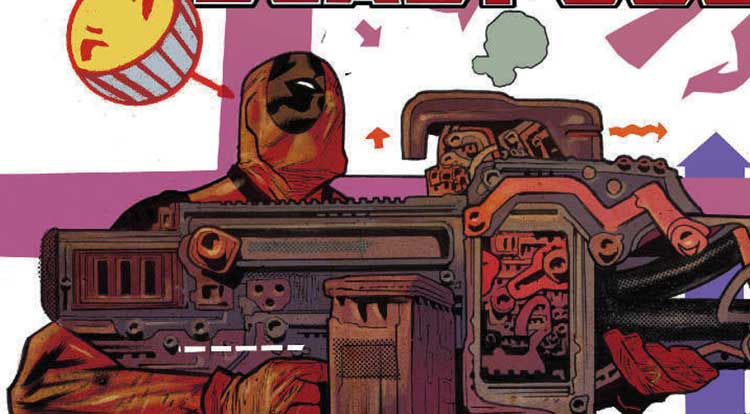 Here’s a sneak peek of Hawkeye vs. Deadpool #1 from Marvel Entertainment.

HAWKEYE VS. DEADPOOL #1 (AUG140824)
Written by GERRY DUGGAN
Art by MATTEO LOLLI
Cover by JAMES HARREN
Variant Cover by JASON PEARSON (AUG140825)
It’s Halloween night in Brooklyn, and that can only mean one thing – disaster is around the corner! And candy, always candy. The names and addresses of every active S.H.I.E.L.D. agent are about to be released, and it’s up to one Avenger and one (sometimes) X-Man to stop it. But is it trick or treat when they encounter bad guys dressed like good guys? Will Deadpool and Hawkeye kill each other before the night is through? Hawkeye vs. Deadpool #1 arrives in stores on October 8, 2014, which is a good thing, considering the story takes place on Halloween, and it would be terrible if the issue arrived in December.