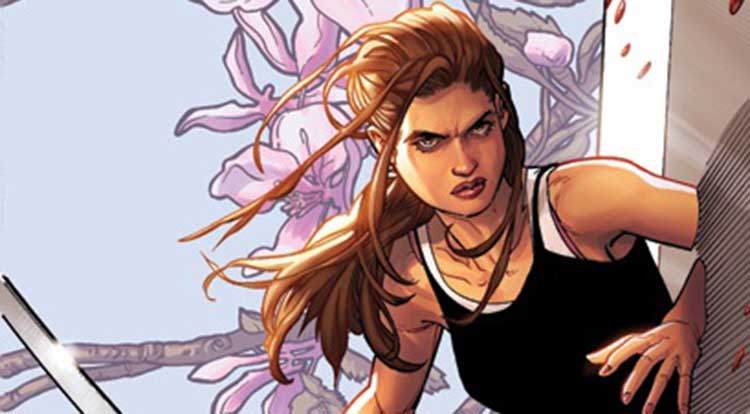 DEATH OF WOLVERINE #3 (JUN140602)
Written by CHARLES SOULE
Art & Cover by STEVE MCNIVEN
Canada Variant by STEVE MCNIVEN (MAY148258)
Variant Cover by ORLANDO SANTIAGO
Bruised and beaten from his last battle, the once indestructible killing machine returns to his wandering samurai roots as he ventures back to the Japan with Kitty Pryde in tow. Only not all is as it seems in the Land of the Rising Sun. With no greater opportunity than the present an old foe emerges, ready to end the Wolverine. Ogun has returned, prepared for his revenge. Yet in the shadows moves an even deadlier threat pulling the strings. Who is behind the bounty on Wolverine’s head?