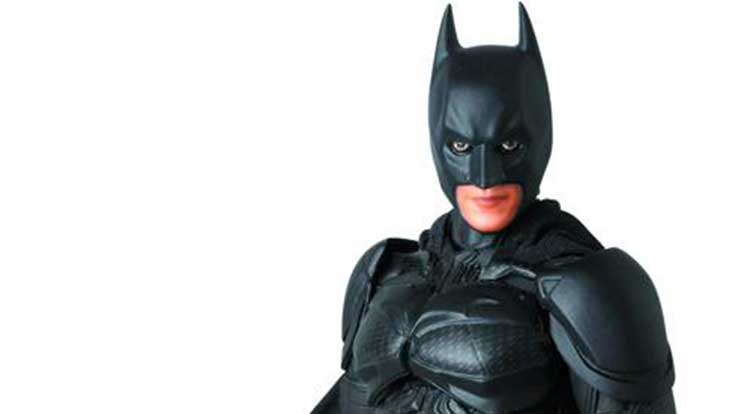 I don’t know why it is called the “miracle action figure”, but MEDICOM Toy Corporation is releasing a new take on the Dark Knight in a new figure arriving in May 2015.

Based on Bale’s appearance in the third movie of director Christopher Nolan’s Batman trilogy, The Dark Knight Rises Action Figure 2.0 comes packed with multiple hands for action poses, multiple faces with different expressions (including a cowl-less version), and the EMP Rifle. The figure is six-inches tall and has a suggested price of $49.99.  If you want to get your hands on the Batpod, it’s going to cost you a bit more – $99.99.  As the pictures suggest, the two-wheeled vehicle is scaled to match the figure.  At six-inches, the scale is closer to 1/10th scale than 1/6th scale, so your Hot Toys and Sideshow Collectible figures are going to tower or Batman.

Pre-rders for these two items can be found in the latest Previews catalog, with the figures expected to arrive in May 2015.