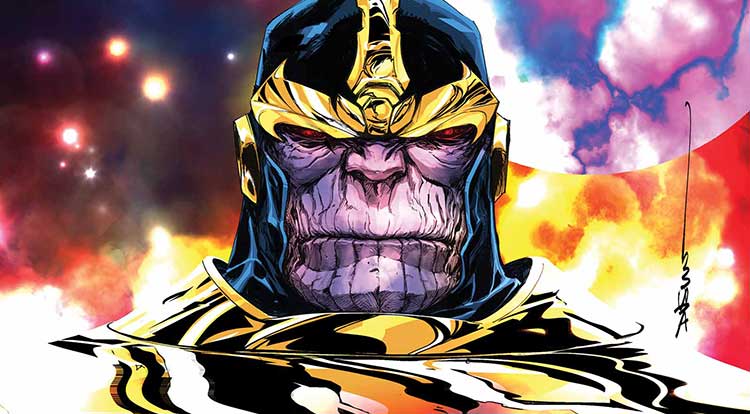 SNEAK PEEK: Thanos: A God Up There Listening #1

In the aftermath of the universe shaking INFINITY event, Thane, Son of Thanos will rise. But will he be hero, or villain? Today, Marvel is proud to bring you a first look at THANOS: A GOD UP THERE LISTENING #1, representing the hit Infinite Comics series in print for the first time. Shipping weekly in October, fan-favorite writer Rob Williams along with artists Paco Diaz, Iban Coello and Neil Edwards explore Thane’s tragic journey following the events of INFINITY.

Can a man fight his own destiny? The time has come where Thane must choose what man he will become. A force for good…or for evil? Don’t miss the start of a new 4-issue limited series set to expand on the story of Thanos and Thane like never before when THANOS: A GOD UP THERE LISTENING #1 hits comic shops in October!

THANOS: A GOD UP THERE LISTENING #1 (of 4) (AUG140767)
Written by ROB WILLIAMS
Art by IBAN COELLO
Layouts by MAST & GEOFFO
Cover by DUSTIN NGUYEN