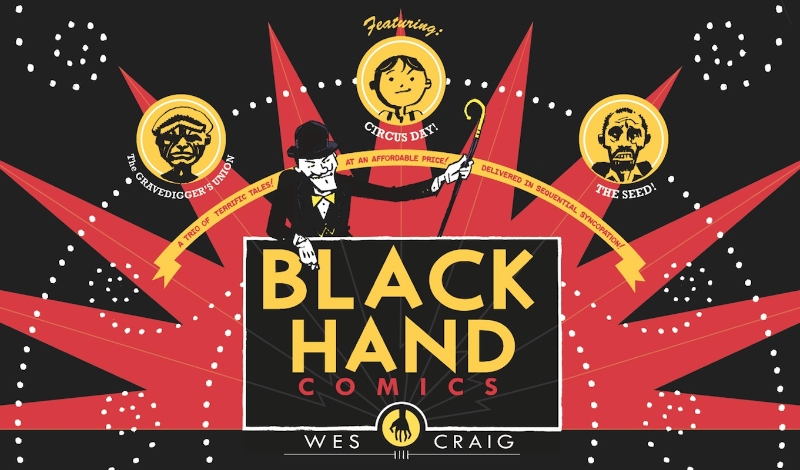 For the first time, Wes Craig’s BLACKHAND COMICS will be published in print, in a hardcover edition in October from Image Comics. This trio of tales exploring the fringes of society, the weird, and the macabre, previously published as webcomics, are written and drawn by Craig, artist and co-creator of DEADLY CLASS.

“The Gravediggers’ Union” tells the secrets of the men who work a job no one else wants. Sure, they dig graves, but there’s a lot more to their duties than backhoes and shovels…. Most importantly: to make sure the dead stay buried!

It’s ultimate freedom on the midway in “Circus Day,” as a brother and sister sneak off to take in the sights. The young boy is desperate to get into the freakshow, but what he could find there may make him change his mind!

“The Seed” is a tale of terror, of dark forces that pursue a man who once embraced the power they gave him.

“Blackhand Comics is my baby. My weird, sinister, freakshow baby…” said Craig. “I’d like to think the stories inside make you feel like you’re reading an old EC comic in a jazz club, and you’ve just been slipped some psychotropic drugs.”