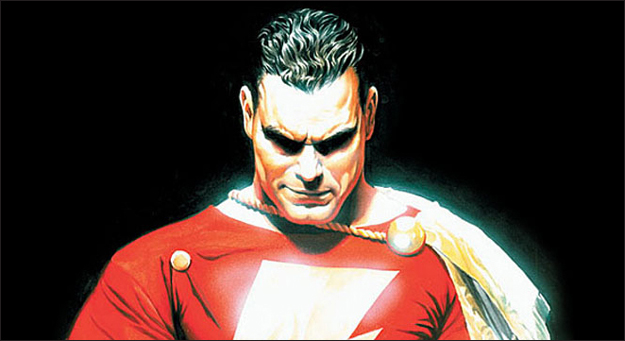 With the recent confirmation that Dwayne “the Rock” Johnson has accepted the role of Black Adam in Warner Brothers’ upcoming Shazam! movie, curiosity now turns to who is going to play Captain Marvel, himself (although that name doesn’t seem likely to make it to the big screen given the success of Marvel Studios in recent years)?

When rumours were swirling that Dwayne John could have stepped into the lightning bolt of DC’s greatest Superman analogue it seemed like an amazing idea to cast a person of colour in this part, thereby opening up big-screen superheroes to entire demographic of young people that has henceforth been utterly ignored and under-represented. If DC comics casts Shazam as any other Caucasian leading man, then they are missing out on a huge opportunity to have the Justice League be a more ethnically diverse super team than the, admittedly, white bread Avengers.

Below, I humbly present a list of 5 non-Caucasian actors who could take up the mantle of Shazam!
(note: let’s remember that everyone could bulk up if they needed to) Age: 38
Nationality: English of Indian descent
What you know him from: Eastern Promises, The Cape, Smash
Why he should play Shazam: Jaffrey comes from the classical English training and although he started out working in serious drama (Spooks/MI:5), most of his American work has been more on the comedic side. He could bring the gravitas needed to make Shazam a threat, while at the same time holding onto the lightness that essentially being a 10 year boy is … and he could probably break out into song while he fought. Age: 38
Nationality: South Korean-born American
What you know him from: Heroes, Adventure Time, Justified
Why he should play Shazam: Lee has lots of voice over experience! This could potentially allow him to bring interesting vocal choices to his performance as Shazam  which would make his portrayal more indicative of the character’s inherent youth. Plus, with his work on Heroes you know he can handle material that surrounds superheroes. Age: 30
Nationality: American
What you know him from: Childish Gambino, Community, wanting to play Spider-Man
Why he should play Shazam: Don’t scream your head off about him being short – think of the comedy there! Glover’s Shazam would be the man at his most childish, even having to look up to speak to his fellow Justice Leaguers. He would bring a great, manic energy to the screen that audiences have come to love (so, we know he’s marketable), and for godsake someone put him in a superhero movie! Age: 33
Nationality: American
What you know him from: Grey’s Anatomy, Cabin in the Woods, the Butler
Why he should play Shazam: Williams often plays characters that are highly articulate and intelligent, but with a mischievous side. His portrayal of Shazam would be sneakier and a more sly than Glover or Lee, but just as entertaining to bring to screen. Plus, of all the actors on this list he and the Rock would complement each other the most physically, if DC wants to go for the opposite sides of the same coin relationship between Shazam and Black Adam. Age: 42
Nationality: American
What you know him from: Dexter, Blue Bloods, Arrow
Why he should play Shazam: Yeah, Ramsey plays Diggle on Arrow, which pretty much negates him, but he’s often the best actor on screen. An accomplished martial artist in his own right, Ramsey would be able to do the majority of his own stunts and lend credence to the strength and abilities of Billy’s Shazam form. His portrayal would probably be the most grounded and imposing, the Shazam who could go toe-to-toe with Henry Cavill’s Superman.

If I could have put a Caucasian actor in this list I’d have picked: Age: 49
Nationality: American
What you know him from: Seinfeld, the Tick, the Venture Brothers
Why he should play Shazam: He actually is Shazam from the comics, just look at him.