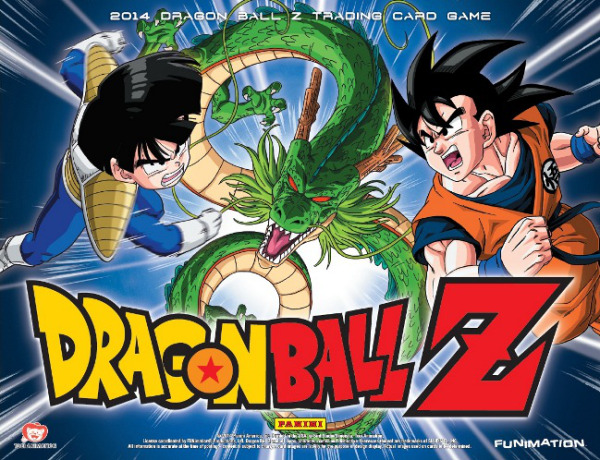 As announced at the San Diego Comic-Con, Panini America is bringing back the Dragon Ball Z card collecting game. Shane Pelzel sat down with Aik Tongtharadol, the lead designer for the game and 2001 World Champion from the original Score Dragon Ball CCG. SHANE PELZEL: When did you first find out that there was a possibility that the original DBZ CCG would make a comeback and what was your initial response?

AIK TONGTHARADOL: Dragon Ball Z has been a topic of numerous discussions over the past two years and we seriously started development a year ago. I was surprised and happy that there was an opportunity to bring it back – hopefully we can deliver something nostalgic for returning players while also providing something simple and fun for new fans.

PELZEL: What has been the most challenging part of the process for designing the new game?

TONGTHARADOL: Since the game mechanics are already well fleshed out, the most challenging part of this release was determining which parts of the original game we wanted to reuse and which aspects could potentially come later. PELZEL: Have you had the chance to see or talk to any old friends because of the remake?

TONGTHARADOL: Absolutely! We used an external group of former and current players to help with playtesting and gameplay discussions. It was great interacting with these guys, as well as all the returning players that have contacted me since the announcement.

PELZEL:There has been a lot of talk in the community about the Ultra Rare ratio still being to high for competitive play although it is much lower than the ratio from the original game. Is there any light you can shed on the subject or why you chose the ratio you did? (Every three boxes.)

TONGTHARADOL: I think it is similar to drop rates for other games. There are also only four Ultra Rares in this set and I don’t necessarily see all of them as max-per-deck staples. Especially in the first set, where certain card types aren’t as prevalent and players are adjusting to a 60-card maximum deck size, there are potentially better deck choices. Even in the fan-run “Retro” format, some decks do not necessarily need to include similarly texted cards. PELZEL:What’s your favorite card from the new game? If you can’t tell us a name yet can you tell us what character’s are in the artwork for it?

TONGTHARADOL: We had a little fun with the images and card titles, two of my favorites are the Goku level 1 (power level of course) and a card that uses a certain “broken scouter” image that brings back an original-game card.

PELZEL:I wanted to keep this short, but is there anything else you would like to tell the community?

TONGTHARADOL: Thanks to all the gamers that still love and play the original Dragon Ball Z Collectible Card Game. Hopefully this is an intriguing set for returning players and a great entry point for new fans to learn the game.