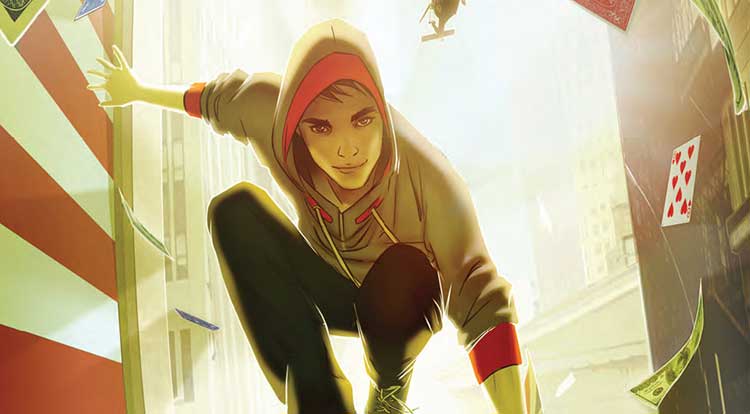 WHY WE LOVE IT: Who doesn’t love a good magic trick? From HEXED, to HUNTER’S FORTUNE, to THE LAST BROADCAST, we’ve always had a few tricks up our sleeves, and CLOAKS continues the tradition with a Black Ops twist.

WHAT IT’S ABOUT: In the Big Apple, a highly skilled street illusionist named Adam blows the minds of crowds with logic-defying acts, while surreptitiously using his artistry to steal from corrupt Wall Street investment bankers and re-distribute their ill-begotten wealth to those in need. He’s a modern-day Robin Hood, but his travails garner the attention of the local authorities. While evading their pursuit, Adam is confronted by three suits and quickly ascertains that freedom has a cost—in order to maintain his liberty, he must join this clandestine Black Ops organization simply known as CLOAKS.