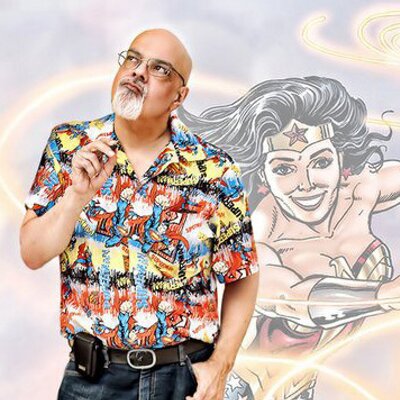 Pérez will be visiting six different comic shops and three conventions in seven states across the country to meet fans and sign copies of his first original comic book series in over a decade. Appearing alongside the luminary creator at several of the events will be the real-life friends and fans who inspired the Sirens themselves.

As an intergalactic force enslaves planets across the galaxy, the legendary team known only as the Sirens must reunite to save the galaxy—but is that even possible when the Sirens themselves don’t even remember who they are? And the rest of the universe only remembers them as…villains? A six-issue bi-monthly miniseries featuring your new favorite comic book team, written and drawn by the master himself, George Pérez (Wonder Woman, JLA Vs. Avengers) begins his greatest story yet.

“This is gonna be so much fun,” said BOOM! Studios Editor-in-Chief Matt Gagnon. “George has never gone on a signing tour before, so this a really unique opportunity for his fan base. Spanning the course of two full weeks, George will be visiting numerous comic shops and conventions, meeting fans from all over the country, and introducing them to his newest work, Sirens. A huge thanks goes out to all the retailers and convention organizers that made this possible. And of course, the biggest thanks of all goes out to George for agreeing to pack up and travel all over the U.S.!”

George Pérez will appear at the following locations and dates:

George Perez’s Sirens #1 comes out in comic shops on September 17.