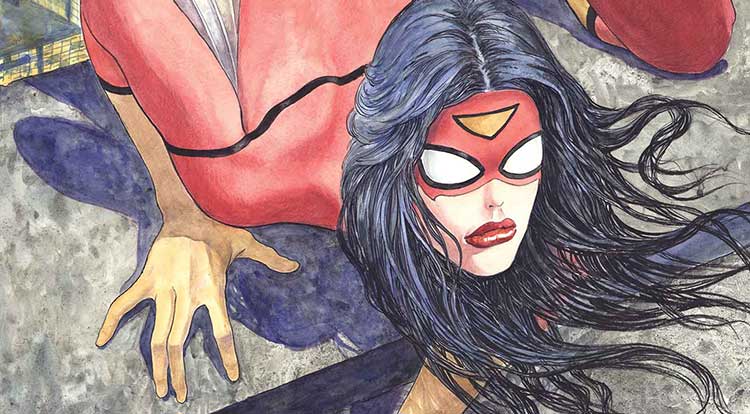 The interview at Comic Book Resources has the full interview with Mr. Alonso as part of its Axel’s in Charge article. We always listen to fans’ concerns so we can do better by them. We want everyone — the widest breadth of fans — to feel welcome to read “Spider-Woman.” We apologize — I apologize — for the mixed messaging that this variant caused.

And that’s what this cover is. It’s a limited edition variant that is aimed at collectors. While we would not have published this as the main cover to the book, we were comfortable publishing this as a variant that represented one artist’s vision of the character — a world-renowned artist whose oeuvre is well-known to us, and to collectors. It is not the official cover for the issue. It is a collector’s item that is set aside or special ordered by completists — and it doesn’t reflect the sensibility or tone of the series any more than the Skottie Young variant or Rocket and Groot “Spider-Woman” variants.

I think it is the second paragraph of the apology that will cause more problems as it seems somewhat dismissive of the entire brouhaha. Perhaps Mr. Alonso knows that as well when he said, “We’re far from perfect, but we’re trying. It’s been a priority for me as EIC to make our line and our publishing team more inclusive…While opinions on the actual piece vary, we realize that the message this cover sent was not the one we meant to send. And we understand — and respect — the concerns of those who expressed a negative reaction to the cover, I want that to be clear.”

Does that mean the end of Manara variants? Nope. Marvel plans to release more variants from the artist, but the company is doing so now knowing that it is under more scrutiny.

You can read the entire weekly interview with Alex Alonso at the CBR website.