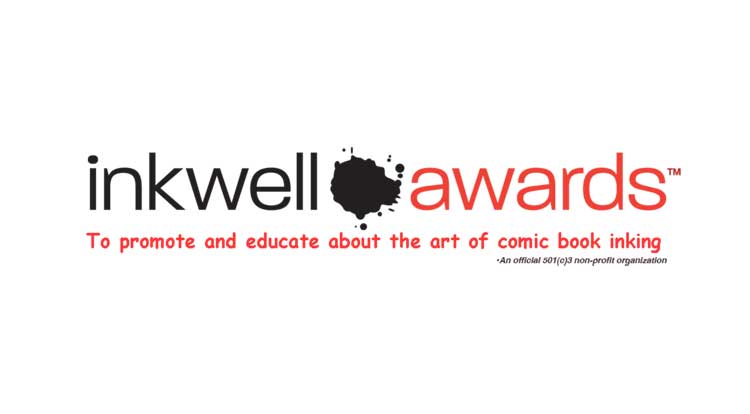 The non-profit advocacy group, the Inkwell Awards, began its eighth season this summer by electing Jim Starlin, Clifford Meth and Laura Martin as its three new creator ambassadors to represent the group’s mission of promoting, educating and recognizing the art form of inking and inker artists in the comic book industry.

Jim Starlin is an iconic, fan-favorite creator whose career has earned a resurgence due to characters he created (Thanos, Drax the Destroyer, Gamora) appearing in Marvel Studios’ recent worldwide blockbuster, Guardians of the Galaxy, with more on the way. Starlin began at Marvel Comics in 1972 and has been working on and off in comics at various publishing houses ever since, as both a writer and artist. He has created and worked on a plethora of major and minor titles and characters, many of which have become synonymous with his name in the minds of many fans, often due as much to his unique pencilling and inking styles as his writing.

Clifford Meth is a writer, editor and comics historian. A founder of Aardwolf Publishing, Meth’s work has also been published by Marvel Entertainment, IDW, the L.A. Times Entertainment Newswire, and dozens of leading publications. He is also widely known for his advocacy for comics’ professionals, including Dave Cockrum, Gene Colan and Bill Messner-Loebs.

Regarding inking, Meth said, “Regardless of their perceived status as the weaker sex, inkers are clearly half of the marriage required to produce a proper page of comic art. It’s only fair dinkum that they receive their due recognition.”

Laura Martin is an Eisner, Harvey, and Eagle Award-winning colorist. She has been coloring comics since joining Wildstorm Studios in 1995. Her fan-favorite work has since been published in major titles by Marvel, DC, Dark Horse, Valiant and others. Her current work includes Walter Simonson’s Ragnarok (IDW) and the 2014 Axis crossover event from Marvel.

Martin said, “I study inks very close up and for long periods of time (while coloring), so I have a deep respect for this art form. I’ve even tried it myself from time to time…and that’s why I’m still a colorist.”

“I am truly honored that these stellar creators accepted our invitation,” said Inkwell Awards founder and director Bob Almond. “Jim Starlin was an idol of mine and one of my formative influences growing up. He’s a living legend in our industry. Cliff has been an inspiration with his passionate support of underdogs and various artists in need, and is a force to be reckoned with. Laura is multi-talented, adept at penciling, inking and painting. In the art of coloring, she’s in high demand and arguably at the top of her field.” Almond added, “We at the Inkwells are thrilled and excited to have all three in our ranks.”

The Inkwell Awards (http://www.inkwellawards.com) is an official 501(c)3 non-profit organization and the world’s sole, registered advocacy for the artform of comic book inking. In addition to its stated mission, “The Inkwells” annually recognize and award the best ink artists and their work. The organization is overseen by a committee of industry professionals and assisted by various professional ambassadors and numerous contributors. They sponsor the Dave Simons Inkwell Memorial Scholarship Fund for the Kubert School and host the Joe Sinnott Hall of Fame Award.