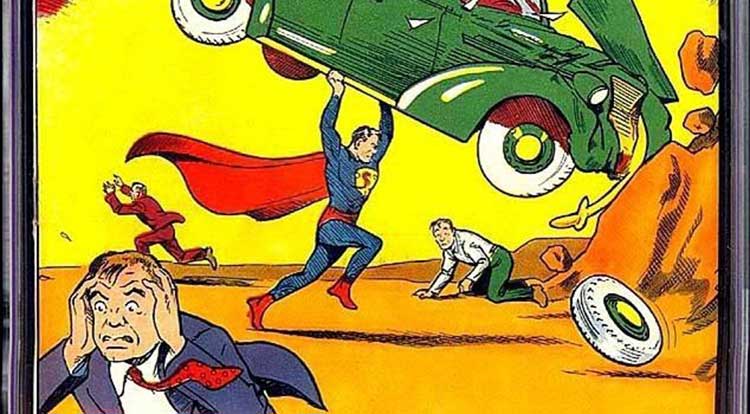 Remember when the first appearance of Superman went from 99-cents to $1.75 million in a few hours? The eBay auction for Action Comics #1 is over, and the CGC 9.0 rated issue sold for $3.2 million.

The story behind the issue is a great one, and the fact that this issue has not been restored, and still rated a 9.0 is amazing. It is the second time this issue has been uncovered, and the rarity contributed to the ending bid of $3,207,852, making it the most expensive comic book ever.

To date, no copies have been graded higher and only one other copy has received the same grade. It is fair to say though that this copy blows the other 9.0 out of the water. Compared to the other 9.0 that sold for $2.1million several years ago it has significant superior eye appeal, extremely vibrant colors and PERFECT WHITE PAGES.

This makes 50 unrestored original copies of Action Comics #1 that are known to exist.

The winning bidder is unknown at this time, but according to the public data, this is the first time the person used eBay, and only bid twice to nab this comic.

For those of you who feel left out of the Action Comics #1 issue, there are plenty of other copies available on eBay, some as low as $150. Of course, you’ll want to check these auctions carefully, as some people who sell online may not be as reputable as Darren Adams, the person who sold the comic.

The best part about this auction – beyond the high sell price, is that the proceeds go toward the Christopher & Dana Reeve Foundation.