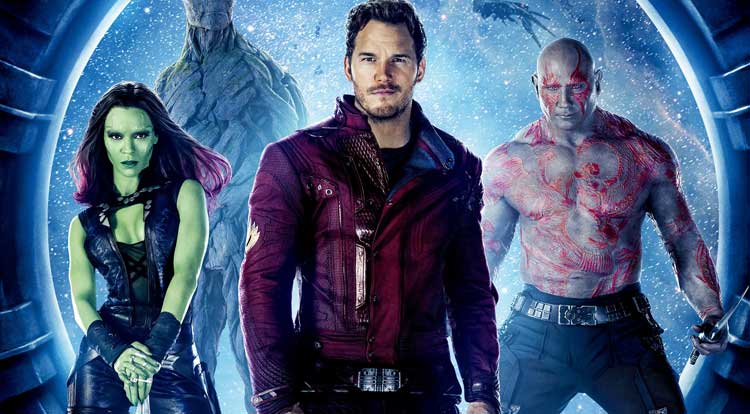 Guardians of the Galaxy has turned out to be a massive success for Marvel, both critically and financially. Looking at the numbers in for the past week and looking at projections for the weekend, Guardians is set to pass Transformers as the top Summer film.

Just last weekend Guardians of the Galaxy past the $200 million domestic box office mark and had already made another $39 million by Friday. Box office projections for this weekend are putting Guardians back on top after loosing for two straight weekends to the Michael Bay produced Teenage Mutant Ninja Turtles.

Guardians is looking to have earned over $246 million by the time we all head back to work on Monday, which will put it on top of the other Michael Bay film of the Summer, Transformers: Age of Extinction, which has made $243.3 million domestically.

Becoming the #1 film of the Summer is a huge accomplishment for Guardians, especially it dove into a new intellectual property, unlike Transformers. However, Guardians is still second in one category: largest Marvel movie of the year. With Captain America: The Winter Solider releasing before the official start of the Summer movie season it isn’t included in the list, but if it was it would be on top.

The Winter Solider is currently the #1 grossing film of 2014 with it closing out its theater run just this month with $259.77 million earned. With Guardians projected to end Saturday with $246 million, Winter Solider may not be on top for long considering the film earned a cool $39 million during weekday showings. If the late releasing Marvel gem can even make half of what it did last week in the coming week it will easily jump to the front of the grossing films of the year in just its first month of showings.

Chris Pratt and company should cherish that top spot of the year for as long as they can though as the sequel to the #1 grossing film of 2013 has a sequel releasing in November in the form of The Hunger Games: Mockingjay Part 1. Catching Fire also released late in the year but went on to gross over $424 million. Could these late releasing, high grossing movies show a new strategy of studios placing films with an established base later in the year to capitalize off the holiday season? Money at the theaters is significantly down from 2013 so hopefully Guardians and the other films releasing in the coming months but some life in the form of bills back into the system.