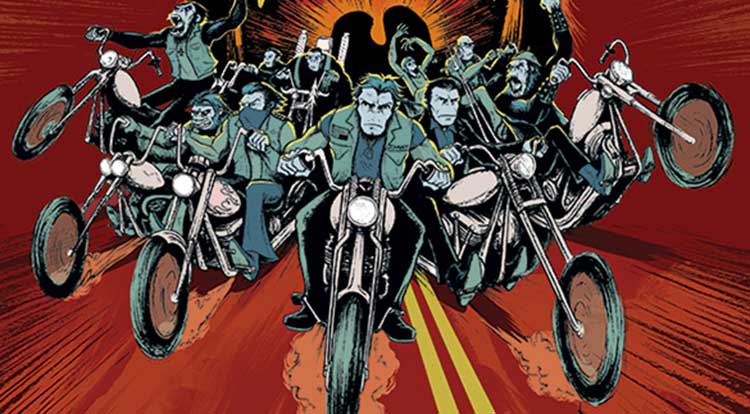 Apart, they are nothing… deemed by society as outcasts, misfits, losers, no good punks… but together, they are THE HUMANS! Follow Bobby, Johnny, and all The HUMANS as they fight and fly down the road to oblivion on a ride filled with chains, sex, leather, denim, hair, blood, bananas and chrome.

Keller cited his passion for exploitation films while he was in film school in Chicago as the inspiration for the series in an exclusive interview with Nerdist. “It was initially an idea I had for a film script in my brain for over 15 years. I wanted to create genre stories and when thinking about a biker idea, I just saw them as apes and it clicked.” The idea resurfaced again years later over drinks with Tom Neely, who later went home and sketched out two apes on a bike based on a famous Danny Lyon photo. From there THE HUMANS went full speed ahead.