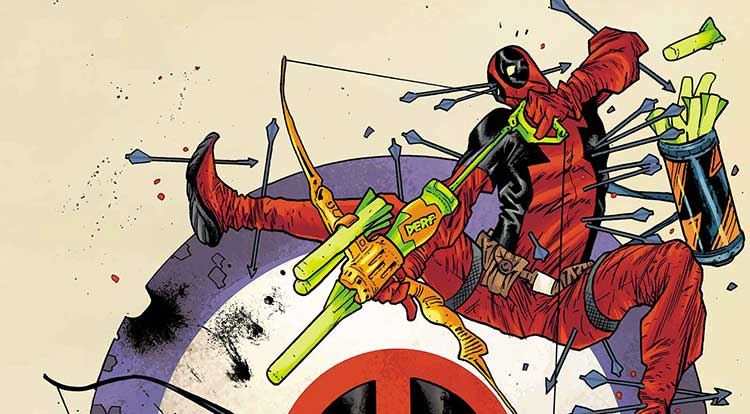 Marvel released an early look at Hawkeye vs. Deadpool #0 featuring the Avenging Archer taking on the Merc with a Mouth.

HAWKEYE VS. DEADPOOL #0 (of 4) (JUL140686)
Written by GERRY DUGGAN
Art by MATTEO LOLLI
Cover by JAMES HARREN
Long ago, champions emerged to fight the evil that plagued humanity. Champions that fought for salvation, for all that was good and just in the world. Kind, generous and self-sacrificing – they were heroes. These are not those heroes… Who will win in this titanic clash of Avenger & X-Man? Two men enter. One man leaves. Then shortly after, the other man leaves! It all kicks off this September in HAWKEYE VS. DEADPOOL #0!