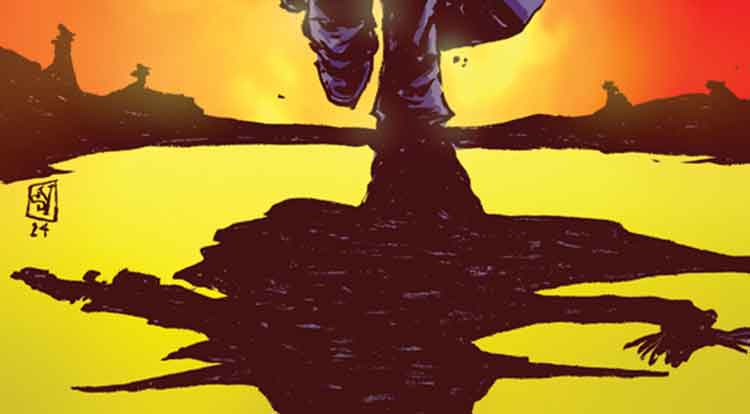 Skottie Young provides the variant cover for Stephen King’s The Dark Tower: Drawing of the Three- The Prisoner #1

I think it may be the longest comic book title I have seen, and to entice you to buy the first issue of Stephen King’s The Dark Tower: Drawing of the Three – The Prisoner #1, Marvel has tapped Skottie Young to provide a variant cover.

Thought you knew the whole story? Think again! Fan-favorite writers Peter David & Robin Furth along with critically acclaimed artist Piotr Kowalski present an all-new spin on The Drawing of the Three that will keep even the most die-hard fans on their toes. As this tale of urban crime opens, fans will meet Eddie Dean – an innocent child who grows into a troubled young man with the ability to open doors to other worlds. Can he overcome his haunting addiction, family tragedy, and deadly forces that conspire to stop him from challenging the enigmatic Man in Black? Witness the story of a man on the path to an unlikely destiny and the most important journey of his life! It’s a good thing Mr. Young draws small kids because there is just going to be enough room on the cover for one character and the title.

Stephen King’s The Dark Tower: Drawing of the Three – The Prisoner #1 arrives September 03, 2014.