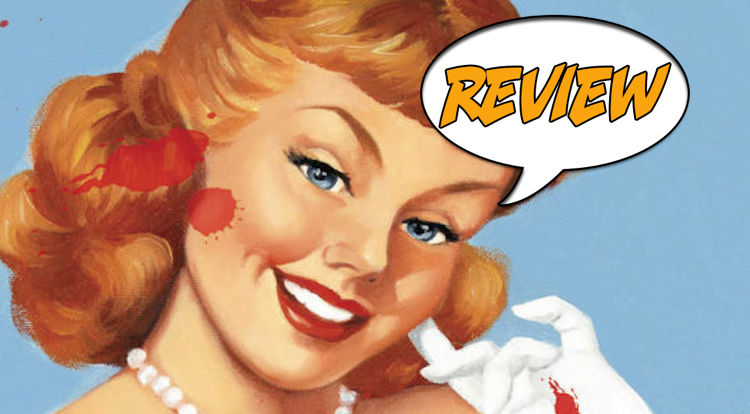 By WilsonAugust 1, 2014No Comments4 Mins Read

Many murder mysteries tend to follow the same format.  Body is found, autopsy performed, detective investigates suspects, climax and murder suspect revealed.  Bodies changes the format up, using the same body throughout time and different investigators.  But does it work?  Read the review to find out!

HOW ARE THEY GOING TO PULL THIS OFF?

Just hearing the premise for Bodies was enough to pique my interest.  I’m not one for murder mysteries as many follow the same formula but this is different.  Bodies takes place in four different time periods, all in the same part of London.  In the years 2014, 1890, 2050 and 1940 four different detectives find the same body killed in the same way.  It’s something I’ve never seen before and I’m curious to see play out.  The issue grabbed me and never let go.  Si Spencer does an impressive job setting up the mystery as well as writing his characters in ways that match their time periods.  Each detective looks like they’ll have their own obstacles to overcome as well.  The modern day one is a Muslim female, the Victorian era must deal with the police’s lack of desire to investigate the death of a possible homosexual.  In 2050, something has affected the population and the detective has memory loss and the inspector of the forties is secretly a gangster.

Spencer seems to have thought this through and it’s a nice twist.  It looks like some kind of secret society will be involved and I’m sure the supernatural as well, which has me slightly worried.  I would hate to see the story get bogged down and do an entire one-eighty.  The future section is the weakest, unclear why our protagonist has memory loss and what’s caused it.  Whether her own handicap or something that’s affect the entire population was confusing.  Hopefully it will be cleared up in later issues.  What many readers will have a problem understanding is the British slang and lingo.  I’m “hip” to terms but there were still some I couldn’t decipher.  The violence is also quite graphic so the weak of stomach should approach with caution.  All together Bodies looks like it will be an original mystery with twists and turns.

THIS IS HOW YOU USE MULTIPLE ARTISTS

Bodies does the best using multiple artists in a comic I’ve ever seen.  Each period gets its own and the artist matches the time and tone perfectly.  Meghan Hetrick’s detailed style looks like a modern day procedural.  Dean Ormston has a loose scratchy style that is perfectly dirty for the Victorian era.  The section’s coloring is genius as well, done in a sepia tone except for red, which is used to highlight areas and possibly clues.  Tula Lotay has a unique look that reminded me of Paul Pope, but is the weakest of the issue.  The coloring was too neon for my tastes and the use of cross hatching was a bit overdone.  Phil Windslade uses a photo realistic approach that is very heavy with shadow and was the other section that wasn’t to my liking.  Many times this many artists is a huge detriment but giving each their own setting was a great choice.

BOTTOM LINE: THE NEXT WAKE?

I hate to compare or make statements like this, but I think Bodies could possibly be the next Wake.  Once I finished I had the same feeling I did after the first issue of Wake.  I can’t wait to read more and I’ve no idea where this will go.  Vertigo is well known for trying new things and Bodies #1 is no exception.  The concept, storytelling and brilliant use of multiple artists make this one book to keep your eye on.