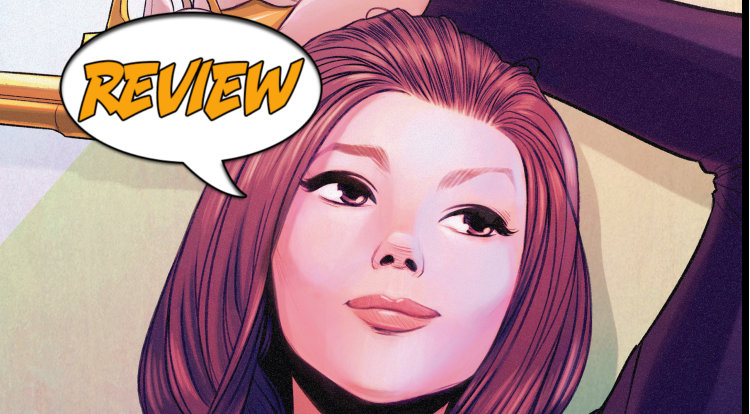 The latest case cast upon legendary British spy duo Steed and Mrs. Peel has a direct tie to Steed’s and takes a line directly out of Casino Royale. Ian Edginton’s Steed and Mrs. Peel We’re Needed #1 does a good job of setting up this flagship issue without leaning on the years of history the pair has across comic books and television. There is a home invasion that results in a man’s death, which naturally calls the titular Steed and Mrs. Peel from whatever vacation they are in the middle of.

Lord Guy Dolmann is the Director of the Government’s Department of Uncivil Affairs and it appears that had he been any less trained at the hands of British Intelligence he might have been the first casualty of Steed and Peel We’re Needed #1. The home invader-turned-corpse is a man that Steed has a history with – Jack Ledger. Jack is described by Lord Dolmann as a “blunt instrument” taking the line directly from 2006’s Casino Royale, somewhat uninspiringly. The pair had come up through the ranks together through British Military and Intelligence and launches into the narrative trope of it couldn’t have been him, I knew him!

Steed and Mrs. Peel We’re Needed #1 might have still been a great issue – Steed must leave to investigate a closed-gate community that houses retired English spies – is Mrs. Peel were almost immediately shelved following a brief fight scene. The more that is revealed of Silver Sands – the aforementioned community – the more it screams of influence from the Prisoner television series, but without any real menace coming from the community’s leader, one Doctor Nedwell.

The closing of Steed and Mrs. Peel We’re Needed #1 stumbles into the trope of the evil closed community and it the cherry on the cake of a disappointing issue. Arguments could be made in writer Edginton’s favour that he has presented an issue for the Avengers original 1960s audience, but I don’t quite believe that it will fly with many contemporary comic book readers. It’s sweet to a point, though largely slow and predictable and there aren’t enough words on the pages the justify Steed and Mrs. Peel We’re Needed #1 being a slow read.

If the series shifts drastically away from narrative tropes and brings their leading lady back into the fray, then future issue may be salvageable.

Marco Cosentino is the shining star of Steed and Mrs. Peel We’re Needed #1. The art is beautiful and it’s very well coloured by Vladimir Popov with many of the characters popping off the page. Mrs. Peel in particular – as much as we get of her anyway – is absolutely stunning throughout the issue. I will knock Cosentino a bit for the static poses of the fight scene featuring Mrs. Peel, but it feels rather like a stepping stone along the road to his development.

Conversely, the closing fight scene featuring Steed looks a lot more dynamic. Neither of the leads are overly photo referenced, though recognizable derivatives of their real-life counterparts. Again, there are many recognizable London landmarks to help root readers familiar with that landscape in the real world and Steed and Mrs. Peel We’re Needed #1 is, overall, a very, very clean looking issue.

I DON’T KNOW IF YOU NEED THIS

Unlike many Doctor Who comic stories, I’m not entirely certain of Avengers fans need Steed and Mrs. Peel We’re Needed #1 in their lives. The plot is simplistic to the point of falling into tropes and leans so heavily on contemporary pop-culture references that often feel out of place rather than clever. It might be more worth your while to admire the cover from afar and then call it a day.