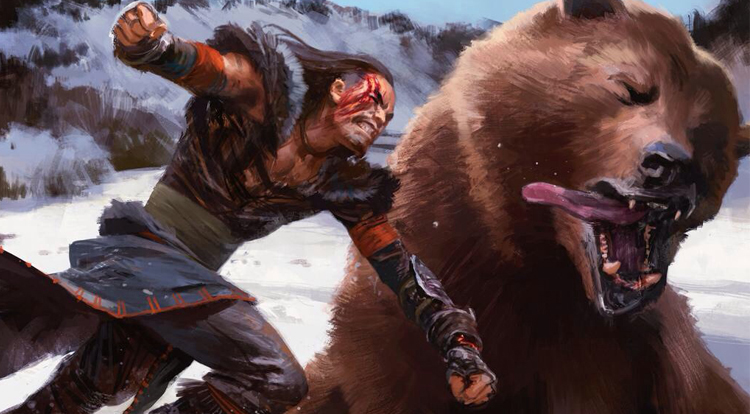 Yes! Ever since the highly successful Shards of Alara expansion players have been clamoring for “Wedges”. For those of you who are just joining us, a wedge is the combination of a color and its two enemies, so the “Red” wedge would be Red + Blue + White.

Each wedge will be represented by a clan with its own mechanic. Each clan represents some aspect of dragons that they are into…

(Alison) The SULTAI respect the ruthlessness of dragons! #MTGSDCC pic.twitter.com/WAQNdYYkiv

I’m really digging all the Chinese, Mongolian and other Asian motifs thrown in here. I also think it’s funny that this world seems to be split along the lines of the sorts of conversations I used to have with my friends in middle school.

“Dragons are awesome because they breathe fire!”

(Alison) One more thing! Curious about mechanics? We’re happy to announce the return of MORPH! #MTGSDCC

Morph is a super-popular mechanic that we haven’t seen in years. Personally I really don’t like it but I’m very, very much in the minority here.

Along with Khans we are looking at some crazy new craziness for Commander.

It’s going to be a good year for Tefferi, since Khans also reportedly has a TIME TRAVEL element to it. What do you guys think? Excited about the news?