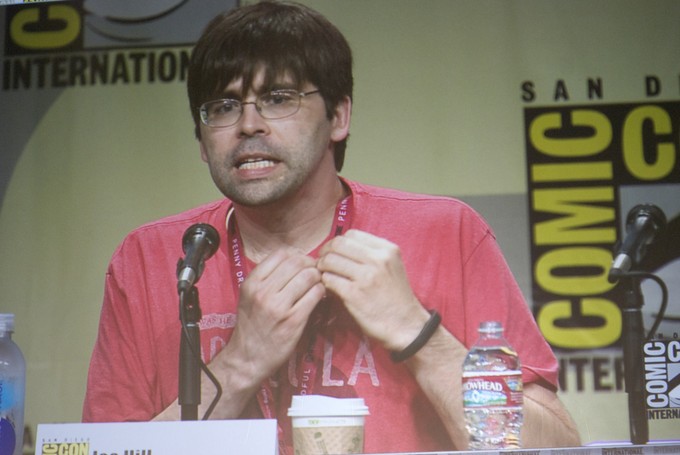 For a couple of weeks we’ve known that a writer had been hired to rewrite the adaptation of Joe Hill and Gabriel Rodriguez’s Locke & Key series for Universal Pictures. Joe Hill dropped a big note on the status of the movie during the Horns panel at the San Diego Comic Con.

The last we heard, the Locke & Key movie adaptation was being written by Albert Torres, with Alex Kurtzman, Roberto Orci, Bobby Cohen, and Ted Adams.

During the Horns panel Joe Hill told the audience that Universal is turning the single movie into a trilogy, and they already have the script that they like.

This is really excellent news! The way it breaks down, the first movie could easily be Welcome to Lovecraft, with the second film focusing on the quest for the keys. The final film most certainly would be the Omega arc.