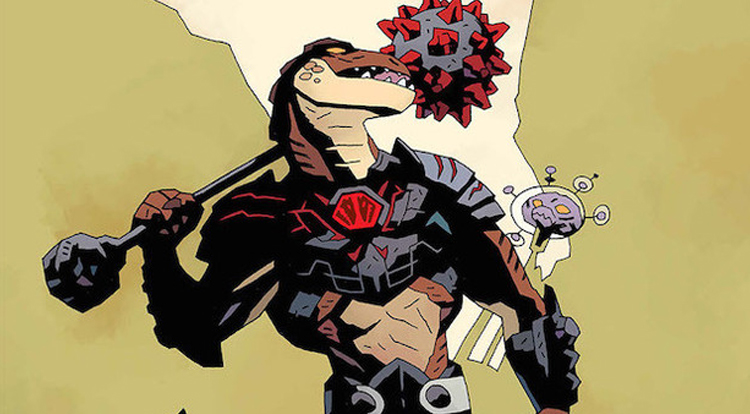 ABC is bringing another Toy Story special back to television again this year with Toy Story That Time Forgot and has also debuted the Mike Mignola poster to go with the special.

In Toy Story That Time Forgot Trixie the Triceraptops takes charge in order to get Woody, Buzz and all of her friends back to their toy box safely after encountering a group of delusional action figures led by Reptillus Maximus.

At the panel for the show ABC also showed off the poster that Hellboy creator Mike Mignola did for the show, which seems darker than usual for the Pixar film series.