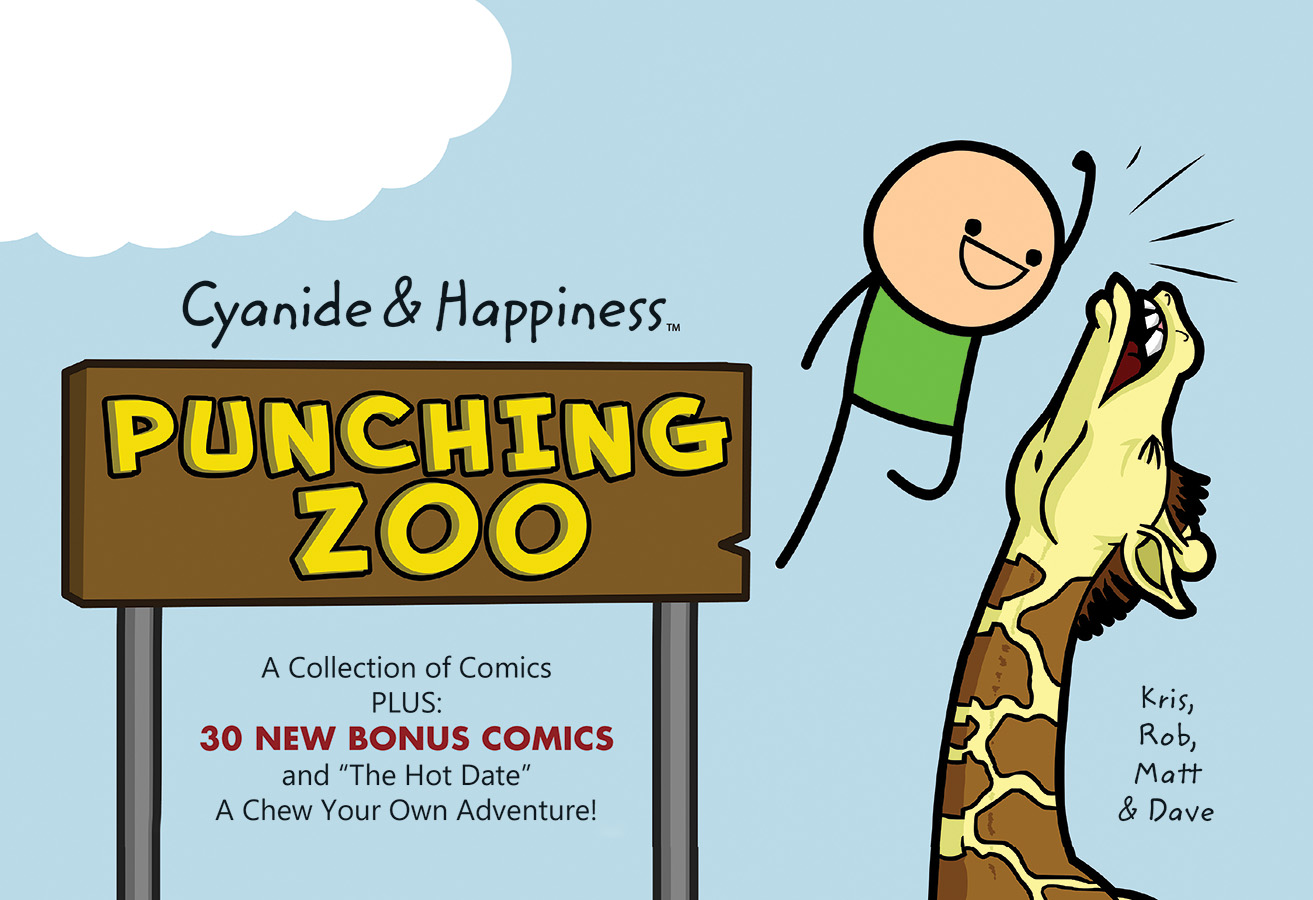 BOOM! Box, an imprint of award-winning publisher BOOM! Studios, is excited to announce the release of CYANIDE & HAPPINESS: PUNCHING ZOO, a collection of both fan-favorite and new never-before-seen comics from the CYANIDE & HAPPINESS webcomic. As one of the most popular and successful webcomics online, CYANIDE & HAPPINESS consistently offers a humorous, tongue-in-cheek look at life in the form of stick figures. Generating over a million hits a week, the webcomic is one of the longest-lasting strips out there, and everyone can relate to its hilarious slice-of-life depictions.

“CYANIDE & HAPPINESS has a constant and unmistakable balance of humor and biting sarcasm that’s made it one of the best webcomics—period,” said BOOM! Studios Editor-in-Chief Matt Gagnon. “It’s funny, thought-provoking, and so complementary to what we’re doing with our BOOM! Box titles.”

If you are on the Internet, you’ve probably read CYANIDE & HAPPINESS. Since the dawn of man, stick figures have been used as an important device for storytelling. CYANIDE & HAPPINESS has taken this language and mashed it up with Internet culture, bringing us some of the best satire and dark comedy out there.

CYANIDE & HAPPINESS: PUNCHING ZOO includes a buttload of our favorite comics from the site, 30 brand-new, too-hot-for-the-Internet comics, “The Hot Date” (a “chew”-your-own-adventure where you decide the story), and a nice forward by Alexis Ohanian, one of the founders of reddit.

CYANIDE AND HAPPINESS: PUNCHING ZOO TP is written and illustrated by Rob DenBleyker, Kris Wilson, Dave McElfatrick, and Matt Melvin. It arrives in comic shops on August 20th with a retail price of $14.99 under Diamond order code MAY141179. Not sure where to find your nearest comic retailer? Use comicshoplocator.com or findacomicshop.com to find one! It’s also available for order directly from boom-studios.com.