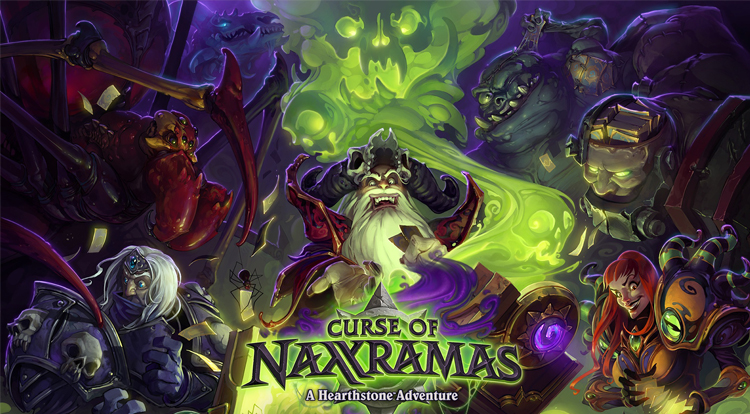 Hearthstone: Curse of Naxxramas has been released!

The long awaited solo-adventure for Blizzard Entertainment’s Hearthstone, Curse of Naxxramas, was finally released yesterday! Watch the cinematic trailer and then go beat some bosses!

Brave the haunted halls of Naxxramas, Hearthstone’s first-ever single player Adventure. Log in and begin battling your way through five deadly wings of the …

A new wing of Naxxramas will be released each week and can either be purchased with real-world money or in-game gold, if you have saved up enough. The good news is that the first wing is available for free as long as you log in and play it during the release event! So, what are you waiting for?! Go play!

Don’t be surprised if a few you see footage of Naxxramas let’s plays end up on the Major Spoilers YouTube channel, he hinted broadly.