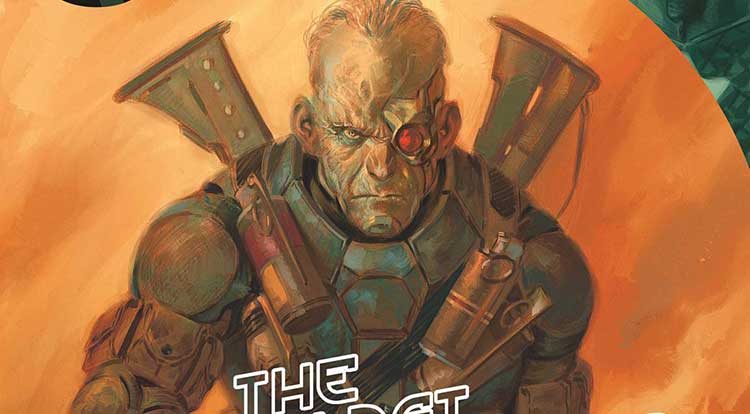 Marvel has released a sneak peek of Original Sin #7 by Jason Aaron and Mike Deodata that arrives in stores in August.

ORIGINAL SIN #7 (JUN140605)
Written by JASON AARON
Art by MIKE DEODATO
Cover by JULIAN TOTINO TEDESCO
Variant Cover by GABRIELLE DELL’OTTO (JUN140606)
Teaser Variant by MIKE MCKONE (JUN140608)
Interlocking Battle Variant by ART ADAMS (JUN140607)
Operating in the shadows, Nick Fury has protected the Marvel Universe from unseen forces. Protecting the Marvel Universe by any means necessary, Fury has “guarded the wall” for decades right under the noses of both S.H.E.I.L.D. and the Avengers. Now, drained of the Infinity Formula that kept him youthful, the battle-hardened soldier is rapidly aging, his time left short. But his job is never done…

He’ll stop at nothing to protect the Marvel Universe from what’s coming – even if he has to go through the Avengers to do it! Armed with the Watcher’s eyes, the secrets and sins of the entire Marvel Universe are now at his disposal. The knowledge Uatu kept could now be their very undoing! How can anyone stand up against a tactical genius with access to all the heroes greatest weaknesses?