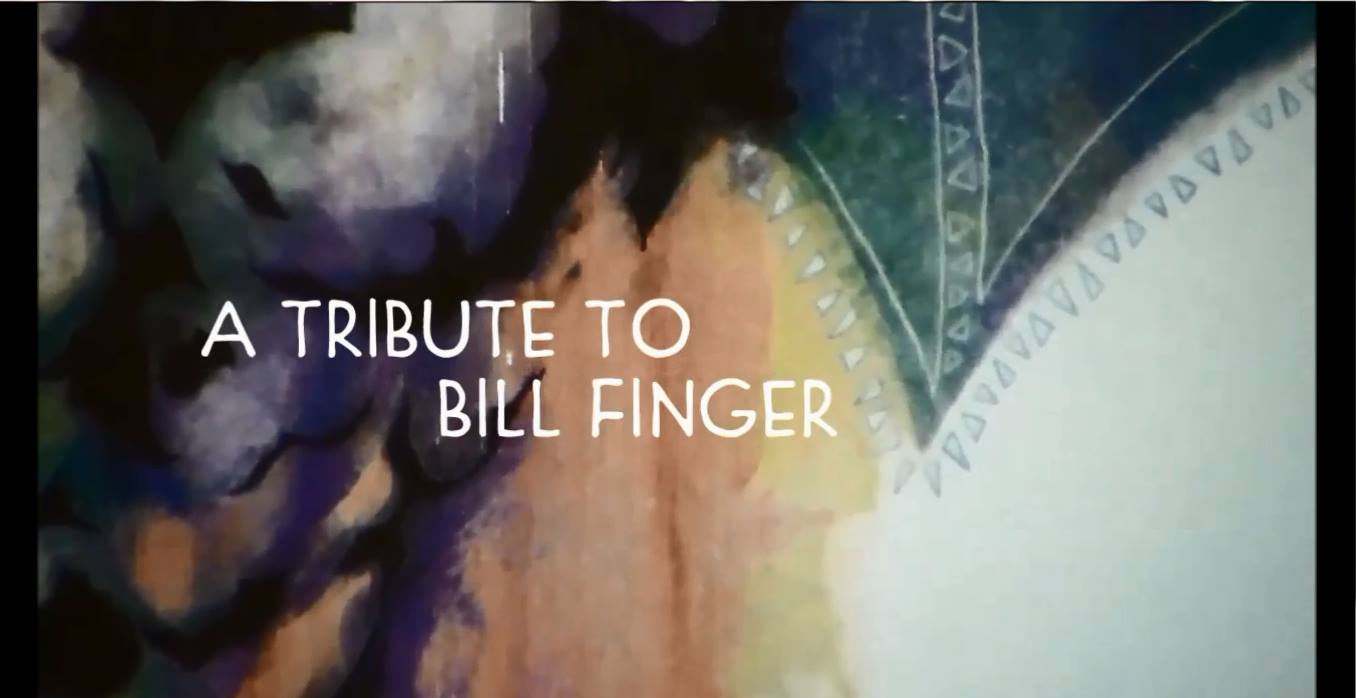 Batman’s uncredited co-creator Bill Finger died 40 years ago and never got to attend San Diego Comic-Con. In celebration of Batman’s 75th anniversary and what would have been Finger’s 100th birthday, Comic-Con International is bringing his only living descendants, special guest Athena Finger and her son Benjamin, to the con for the very first time. Athena will speak on convention panels to share about her grandfather, his work, and the ongoing push to get him the recognition he deserves. A “Credit Bill Finger” Facebook page, presently emphasizing the need for the TV series GOTHAM to acknowledge the man who named Gotham City, is but one of the many ongoing efforts. Born two years after Bill died and only 15 when her father, Bill’s only son Fred, left this world as well, Athena grew up facing peers and even schoolteachers who thought she was lying about her grandfather’s importance, so she learned to keep quiet about what should have been a wonderful thing to share. Publicly, Bill Finger was thought to have no descendants left until Marc Tyler Nobleman, author of BILL THE BOY WONDER: THE SECRET CO-CREATOR OF BATMAN, discovered her in 2007 while researching his book on Bill. Since then, she has slowly made herself known to comicdom, although without ever attending her first comic-con until BATMAN AND PSYCHOLOGY author Dr. Travis Langley started THE CAPE CREATOR campaign to create a tribute for Bill in time for this year’s San Diego Comic-Con. Following a successful Kickstarter effort, Athena has followed a journey of discovery, meeting with some of the few people left alive who could tell her more about the grandfather she never knew. Even though she has been without a computer since hers died months ago, she stays active online with a very busy phone. Athena Finger lives in Florida with her son and teaches math at Broward College.

Athena and Benjamin will speak on two panels, meet and greet fans in the autograph area, and make a special appearance at Friday evening’s Bill Finger Awards ceremony.

Thursday 11:30-12:30 Spotlight on Bill Finger, the Co-Creator of Batman—2014 marks the 25th anniversary of the movie Batman, the 50th anniversary of Batman’s “New Look,” the 75th anniversary of Batman’s debut, and the 100th anniversary of the birth of Bill Finger, the Caped Crusader’s uncredited co-creator. Not only did Bill Finger breathe life into Batman, Robin, Alfred, Commissioner Gordon, Gotham City, and one fantastic villain after another, he co-created bat-free icons such as Green Lantern, Wildcat, and Lana Lang. Bill’s only living descendants Athena Finger (The Cape Creator: A Tribute to Bill Finger) and her son Benjamin invite you to celebrate the life and achievements of the man who first put the dark in the Dark Knight. Dr. Travis Langley (Batman and Psychology: A Dark and Stormy Knight) moderates a bat-tastic panel, featuring Bob Kane’s biographer Tom Andrae (Batman and Me), writer Mark Evanier (Bill Finger Awards), actress Lee Meriwether (Batman: The Movie’s Catwoman), author Marc Tyler Nobleman (Bill the Boy Wonder: The Secret Co-Creator of Batman), and Cartoons Arts’ Jens Robinson (son of Joker co-creator Jerry Robinson), plus special messages from legends like Neal Adams, Denny O’Neil, and DC’s last surviving Golden Age artist, Wildcat co-creator Irwin Hasen. Athena Finger and Dr. Travis Langley will sign or simply meet and greet fans in the main autograph area, with appearances by fellow authors and other Golden Age creators’ granddaughters.