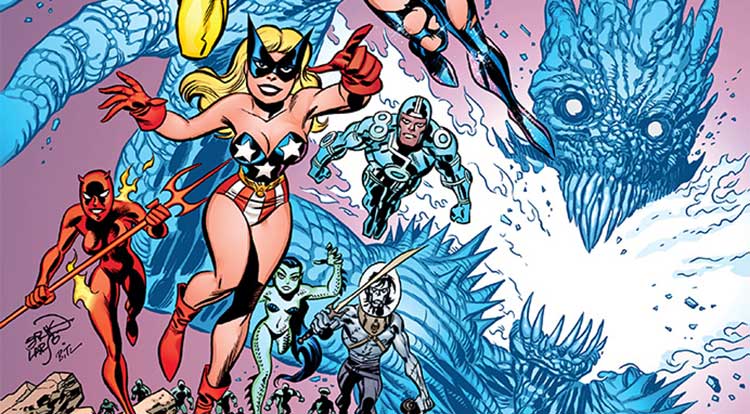 “Bruce Timm and I love Treasury Editions! Our goal was to create the greatest Treasury Edition in the history of mankind! To do that—we rounded up an all-star cast of killer cartoonists all committed to doing all-new characters and material worthy of the format!” said co-editor Erik Larsen. “The end result was something awesome to behold!”

Co-editor Bruce Timm gushed enthusiastically after having received his copies in the mail, “Got my box of big-ass funnybooks—y’know, it’s really great—good variety of stories and art styles—and it FEELS good—well worth the money.” A limited number of GIANT-SIZE KUNG FU BIBLE STORIES will be available exclusively at this year’s San Diego Comic-Con. It can be purchased at the Image Comics booth (#2729) for $20 each. Snap them up before they’re gone!