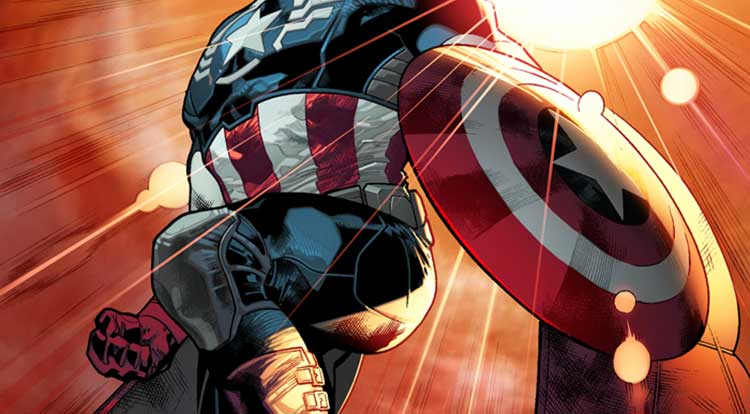 Marvel Comics has announced who will be behind the shield when the All-New Captain America #1 lands on store shelves in November.

The publisher announced that Sam Wilson, The Falcon, will assume the role of Captain America, in the series written by Rick Rememder with art by Stuart Immonen.

Addressing how Sam Wilson will follow in the footsteps of his predecessor, Steve Rogers, Remender says, “Sam wants to lead by example. To help people see their own selfishness and to turn it around. To build better communities, to never forget the little guy.”  Remender continues, “Sam follows his heart and his belief in what the American dream means and how it belongs to everyone.” In the press release announcing this move, the company asks us to wonder what will happen with Steve Rogers.

Executive Editor Tom Brevoort says, “Steve’s spirit is as willing as ever, but his body is no longer up to the task of being Captain America. So he’ll employ his skills as the new Cap’s remote strategic advisor, running Cap’s missions from his headquarters in Avengers Mansion and providing Sam with technical support and field information from a distance. He’ll also tutor Sam in how to throw the shield, a skill that’s deceptively difficult for the new Cap to master. So Steve will continue to be a vital part of the series moving ahead.”

I’m more interested to know who the new The Falcon will be – isn’t THAT the question that is on everyone’s mind?

UPDATE: Of course a close look at the above image shows Sam wearing both The Falcon and Captain America costumes at the same time. Now THAT is going to be an interesting story to tell.

All-New Captain America #1 arrives in November, just a few short weeks after the debut of the all-new Thor.