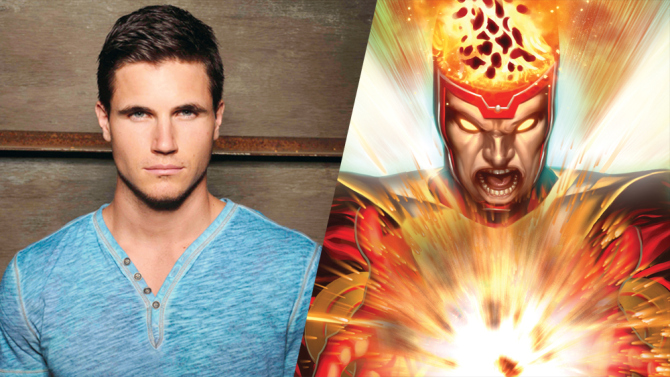 The Flash television show is starting to look more and more like the Justice League each day. Today, The CW has announced it has cast Robbie Amell to play Firestorm.

The original Firestorm was distinguished by his integrated dual identity. High school student Ronnie Raymond and Nobel Prize-winning physicist Martin Stein were caught in a nuclear accident that allowed them to fuse into the “nuclear man” Firestorm. Due to Stein’s being unconscious during the accident, Raymond was prominently in command of the Firestorm form with Stein a voice of reason inside his mind. Banter between the two was a hallmark of their adventures.

So a very different Firestorm than the one that we know from the comics, but the idea that a nuclear character like Firestorm appearing on the screen is a exciting one to see play out.  This, along with the premiere big shocker (think time travel) has me eager to see this show when it debuts this fall.

The Flash | Extended Trailer | The CW

Remember, for those of you attending the San Diego Comic Con, you’ll be able to watch the first episode before anyone else.