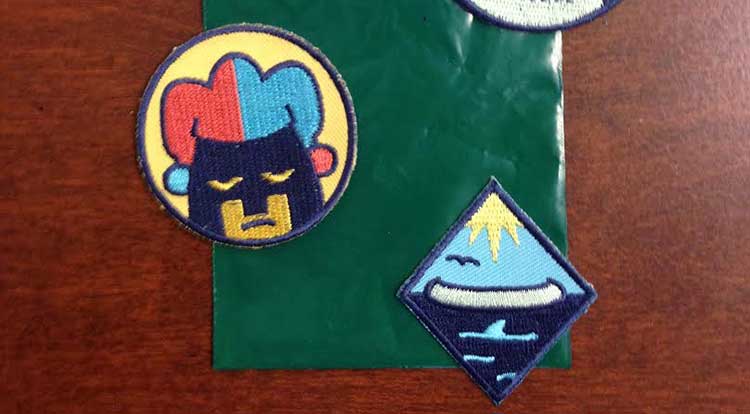 By popular demand, BOOM! Box, the newest imprint of award-winning publisher BOOM! Studios, announced it will make available Lumberjanes Scout Patches for sale to fans, starting with an exclusive set available for purchase at the BOOM! Studios booth (#2229) at Comic-Con International, to be held at the San Diego Convention Center in San Diego, CA, July 24-27. The patches are based on the unique badges that have been a prominent feature of the hit LUMBERJANES comic book series, in which the five main characters—Molly, Mal, April, Jo, and Ripley—earn them for their different achievements while away at Miss Quinzella Thiskwin Penniquiqul Thistle Crumpet’s Camp for “Hardcore Lady Types.” LUMBERJANES was created by Shannon Watters, Grace Ellis, and Noelle Stevenson. It is written by Ellis and Stevenson, and illustrated by Brooke Allen.

In addition, as a testament to the growing popularity of the series since its launch in April, BOOM! Box revealed that pre-release orders for issue #4 (on sale July 9th in comic shops) have exceeded that of issue #1, a rare achievement for non-#1 issues.

Each iron-on patch is a perfect embroidered replica of the badges featured in the book, which were designed by artist Kate Leth (BRAVEST WARRIORS, ADVENTURE TIME: SEEING RED). The set will include the following patches:
Naval Gauging Badge – Awarded for proficiency in canoeing…and of course, for successfully navigating monster-infested waters The Lumberjanes Scout Patches Set will retail for $20 and will be available for sale at BOOM! Studios’ San Diego Comic-Con booth (#2229), while supplies last. Subsequent badges will be available in the coming months on a unit basis from the BOOM! Studios webstore for $6 each, which includes a $1 shipping charge.

LUMBERJANES #4 arrives in comic shops on July 9th with a cover price of $3.99 under Diamond Order Code MAY141177. It features a main cover illustrated by Noelle Stevenson and a retailer incentive cover by Kris Anka. Not sure where to find your nearest comic retailer? Use comicshoplocator.com or findacomicshop.com to find one! It’s also available for order directly from boom-studios.com.