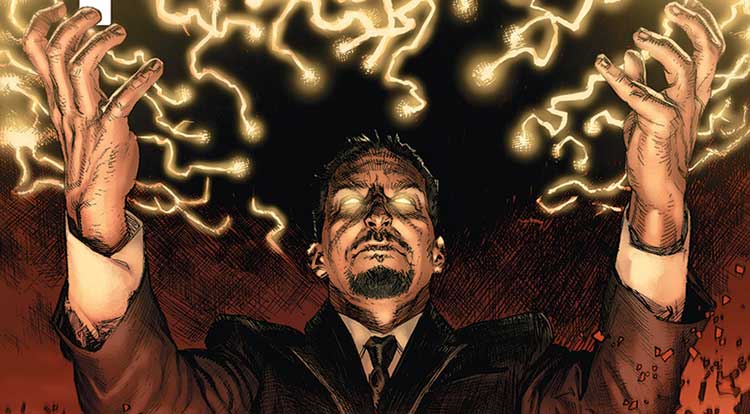 HARBINGER: OMEGAS #1 (of 3)
Written by JOSHUA DYSART
Art by RAFA SANDOVAL
Cover by LEWIS LAROSA (JUN141506)
#ValiantCraft Cover by DONOVAN SANTIAGO (JUN141507)
Variant Cover by GLENN FABRY (JUN141508)
In the wake of the devastating events of “Death of a Renegade,” the team has been shattered and a teenage Renegade lies dead – a victim of the Harbinger Foundation led by omega-powered psionic Toyo Harada. Out of the ashes of HARBINGER #25, find out what happens when the full extent of Harada’s secret empire is exposed to the public, and just the how Peter Stanchek and the surviving members of the Renegades recover from a catastrophic loss that has changed their lives…their team…and their destinies forever.